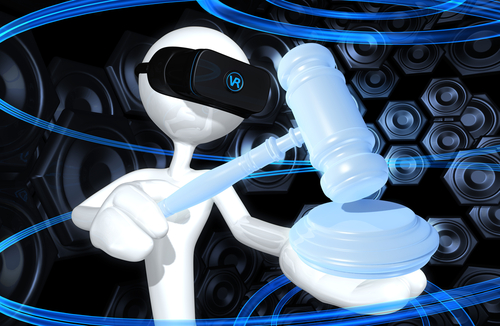 A Florida judge on Friday appeared reluctant to allow jurors to wear virtual reality goggles that illustrate the findings of an expert witness for the defense in an attempted murder case.

Defense lawyer Ken Padowitz is asking the judge to allow the 3D evidence in the case of his client Benjamin Siegel, 47, of Coconut Creek, Florida. Siegel is accused of trying to run over his neighbor with his Dodge Viper; the expert witness said it wasn’t intentional.

The reality goggles would allow jurors to see the alleged crime from the defendant’s perspective, the South Florida Sun Sentinel reports. 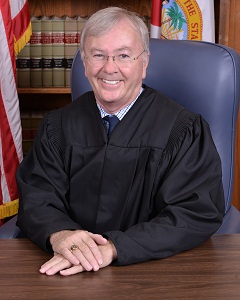 Judge Ernest A. Kollra Jr. Photo from the 17th Judicial Circuit of Florida.

“An expert’s opinion is admissible to present to a jury,” Padowitz told the South Florida Sun Sentinel in a prior story. “We’re just taking it one step further. They are going to be able to look as if they are right there, able to look around, to see what the defendant saw.”

The company that prepared the 3D animation is Eyewitness Animations, the same company that Padowitz used when he was a prosecutor presenting a two-dimensional computer animation in 1992 to illustrate the evidence of an expert witness. After an appeals court upheld use of the two-dimensional technology, it “paved the way for the use of computer animation in countless criminal trials since,” the South Florida Sun Sentinel reports.

Padowitz plans to ask a judge to also allow the goggles in a separate, unrelated trial.