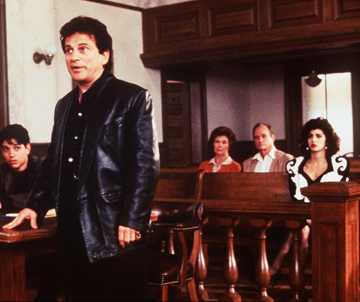 Chief U.S. Circuit Judge Merrick Garland—whose Supreme Court nomination failed after no vote was taken—wrote the March 5 opinion for the U.S. Court of Appeals for the District of Columbia Circuit, report the National Law Journal and Above the Law.

“In 1992, Vincent Gambini taught a master class in cross-examination,” Garland wrote, with a footnote to My Cousin Vinny. “Trial counsel for the National Labor Relations Board and the National Union of Healthcare Workers apparently paid attention.”

In the film, New York lawyer Vinny Gambini comes to a small Southern town to defend his cousin, Bill, who is wrongly accused of murdering a convenience store clerk. Vinny wanted to establish that Bill left the store long before the murder.

Vinny, played by Joe Pesci, establishes during cross-examination that witness Sam Tipton was likely wrong when he said only five minutes had elapsed between the time that he saw Bill enter the store and the time he heard the gunshot.

During those five minutes, the witness had said, he prepared and began to eat his breakfast.

Garland includes the movie cross-examination in a footnote, including Vinny’s questions about Tipton’s breakfast:

“Q. Do you remember what you had?

A. Eggs and grits.

Q. Eggs and grits. I like grits, too. How do you cook your grits? You like ’em regular, creamy or al dente?

A. Just regular, I guess.

A. No self-respecting Southerner uses instant grits. I take pride in my grits.

Q. So, Mr. Tipton, how could it take you five minutes to cook your grits, when it takes the entire grit-eating world 20 minutes? … Perhaps the laws of physics cease to exist on your stove? Were these magic grits?”

Timing also was important in the case before Garland, in which the Novato Healthcare Center argued that union organizers at one of its California nursing homes had been fired for sleeping during an October 2015 night shift. The NLRB had determined that the real reason for the firings was their union work.

Two union employees said they were sleeping only during a 10-minute rest break, as permitted by Novato. But Novato supervisor Teresa Gilman said the two employees were sleeping when she first saw them at their station and again 15 to 20 minutes later when she took a photo of them that was time-stamped 4:21 a.m.

Lawyers for the union and the NLRB established on cross-examination that the first time Gilman saw the two sleeping employees probably was much later than her initial estimate.

“Gilman testified that the only time she saw a clock on the morning of Oct. 7 was when she stopped at a stop sign, three blocks from work, and noticed that her car’s clock showed it was 3:50 a.m.,” Garland wrote. “On cross-examination, she initially claimed that it took her only 5 to 10 minutes to get from that stop sign to Station 4, where she said she first encountered the four sleeping employees. … The problem with this timeline is the sheer number of tasks Gilman claimed to have completed” between the time she looked at the clock and first saw the sleeping employees, Garland said.

An NLRB lawyer’s questioning led to a list of the various tasks—which included checking emails, using the restroom, checking refrigerator items and cleaning up flyers in a breakroom. Union lawyer Heather Conger “hammered the point home,” Garland said. Here is part of her cross-examination:

“Q. So I’m trying to figure out from that time, driving, going through another stop sign, parking, getting in, unlocking your door, putting everything down, everything you did between there and when you first saw people sleeping, are you sure it was only 10 minutes or less? Or could it have been 15 or 20 minutes?

Q. Isn’t it true you’re just not sure how long it took you to get from the stop sign to Station 4 … ?

Q. But you never looked at a clock to make sure that’s correct?

Updated on March 7 to add a photo gallery and a hat tip. 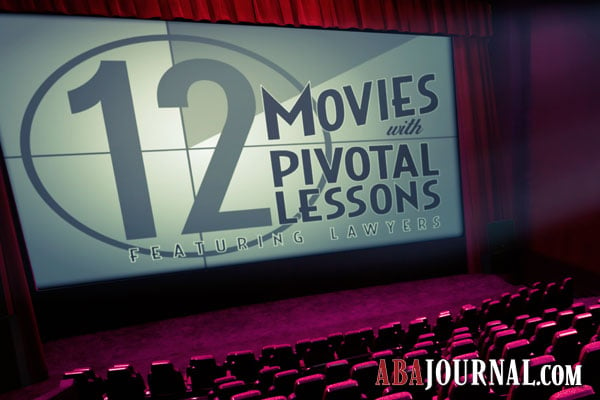 Movies transport us. They take us to different times and places, bringing laughter in one moment and tears in the next. But no matter how outlandish the plot, at their core movies examine the human condition. We tell stories about ourselves to ourselves, even if the characters are ostensibly aliens or animals or fuzzy monsters. They are based on realities we can learn from.

So while no real-life courtroom may be run like a movie courtroom, there are plenty of deeper truths woven into screenplays and plenty of lessons to be learned—even when we’re looking for entertainment, not an education.

With that in mind, we’ve put together a collection of pivotal movie scenes that have useful takeaways for lawyers. Grab some popcorn and enjoy! (Warning: Spoilers abound.)