'Mrs. America' and the renewed focus on the Equal Rights Amendment 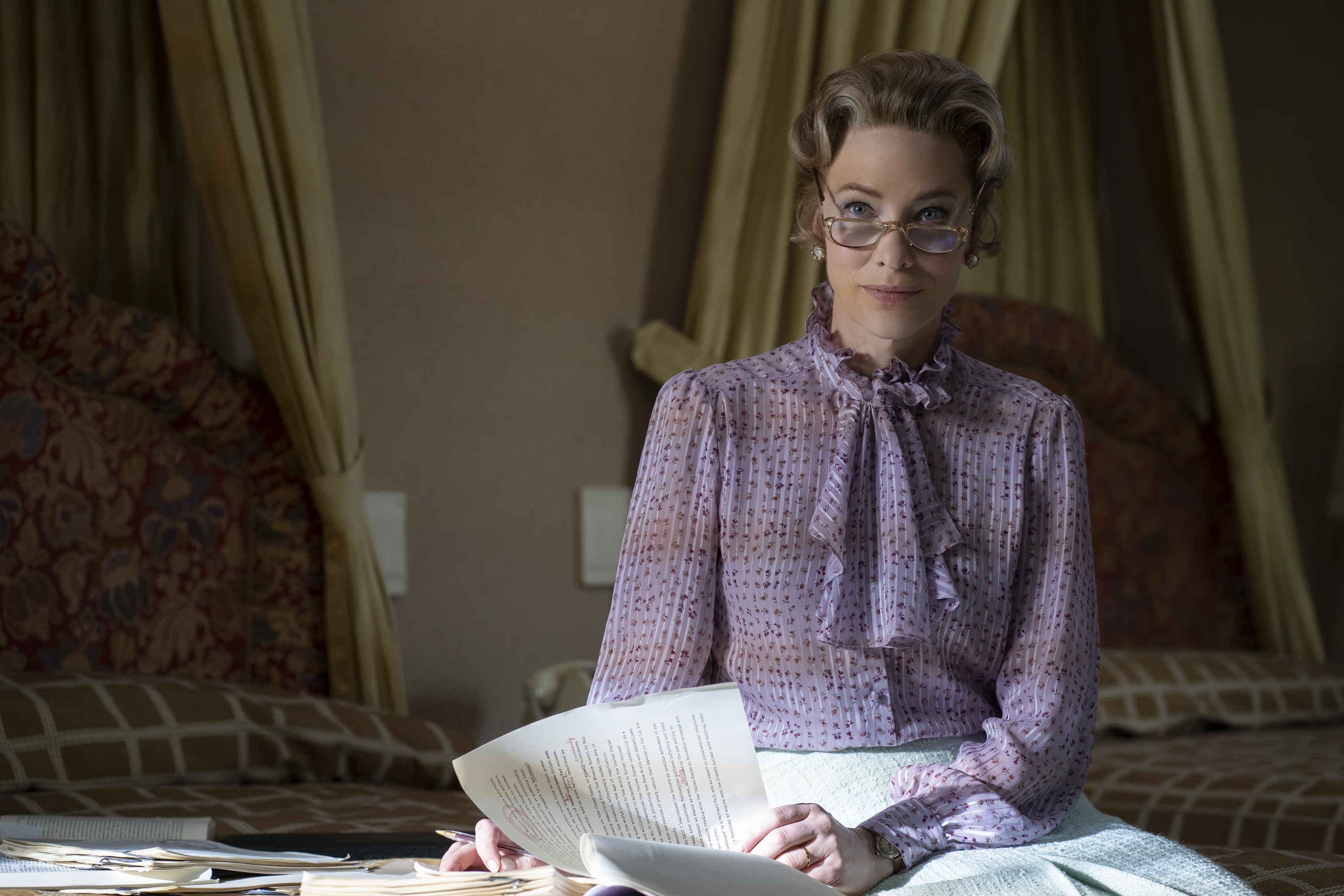 As I’ve remarked many times over the years, I’m always happy to receive suggestions on topics, movies or series to incorporate into my writing. So, when one of the ABA Journal's assistant managing editors contacted me about a potential column idea for my law in pop culture series, I was pretty excited.

We got on a quick call and discussed the possibility of a Mrs. America column in conjunction with the ABA Journal’s Women and the Law 2020 series that is currently running online and in print. In all honesty, my mind went first to the Miss America pageant, and I had no idea how in the world I was going to make that work.

I was completely unaware of the new FX miniseries revolving around the Equal Rights Amendment. The editor was able to quickly orient me in the right direction (I had kept my immediate concerns quiet), and I agreed to take a look into the show, which is currently streaming on Hulu as well.

Based on true events

Any time a series starts with a disclaimer that it is “based on true events,” I have to pause. Employing too much fiction to fill a storyline is all too easy. Mrs. America toes the line as best it can, though, and the results are surprisingly well-received.

As I write this column, the series is only five episodes deep, and all of the installments (thus far) are named after a real person whose story arc takes center stage in that episode. And to be fair, the majority of the main cast and recurring players are nonfictional characters.

The first episode, titled “Phyllis,” introduces the audience to Phyllis Schlafly (played by Cate Blanchett), the wife of an attorney. She has taken on a well-respected role as a conservative activist and failed congressional candidate, and her character is also quickly constructed as the main opposition to the ERA. The second installment, “Gloria,” shines a spotlight on Gloria Steinem as she inevitably finds herself cast as the “pretty face” for the women’s liberation movement and the push for passing the ERA.

Episode three, “Shirley,” brings the audience closer to the plight of Shirley Chisholm: not only the first black woman elected to the United States Congress but also the first black female candidate for a major party’s U.S. presidential nomination, among a host of other groundbreaking distinctions.

The fourth chapter focuses on “Betty” Friedan, the author of The Feminine Mystique, who is often referred to as the “mother of the women’s movement.” The last episode I was able to view, “Phyllis & Fred & Brenda & Marc,” portrayed a couples debate between those four individuals, all attorneys, save for Phyllis.

From my research, those blanket descriptions—garnered simply from watching the first five episodes—are all fairly true to form. Still, it is always a bit unsettling when you know in the back of your mind that the arguments these people are making, the feelings they are conveying and the struggles they are suffering may be manufactured to one degree or another.

Nowhere is this truer than the series’ portrayal of Schlafly. Blanchett—who will likely hear her name called multiple times on the upcoming award circuit—is an utter and complete powerhouse, pulling off emotional zigzags and 180s at the drop of a dime. Her character appears to experience a great deal of inherent struggle regarding her demeanor as a strong woman, in contrast to her “place” as a loyal housewife. Sadly, it’s hard to know whether the extremely emotional relationships and exchanges she shares with the other characters are real-in-fact or simply “based on a true story.”

Nevertheless, Blanchett’s performance gives much-needed depth to the character; after all, she is cast as a pseudo-villain of sorts, the ultimate antagonist. And while others no doubt have their turn in the sun, it’s telling that you can’t really bear down on one single protagonist in this story. It’s not Gloria, nor Shirley, nor Betty—no, it’s more of an amalgam of them all, with more potentially to follow.

This is most likely by choice: The writers do their best to capture a climate and culture that is in extreme turmoil over ideological clashes that threaten the fabric of what so many have come to call “normal.” It’s not simply one person versus the system. It is an uprising of many voices calling for change.

The ERA was—and arguably still is—the culmination of those voices, but its history goes back almost a century. It was initially proposed by Alice Paul in 1923 and introduced in Congress that same year. The ERA seeks constitutional certainty that the rights prescribed by that document can never be “denied or abridged … on account of sex.” The intended effect would result in sex becoming a “suspect class,” thus gaining the benefits of strict scrutiny for the purposes of constitutional interpretation when analyzing arguably unconstitutional laws.

It wasn’t until 1972 that the ERA went to the states for ratification. According to Article V of the U.S. Constitution, three-fourths of the states must ratify a constitutional amendment before it becomes the law of the land. As such, each of the first five episodes begins by letting the viewer know the year and current count of states wthat hich have ratified the ERA as the race to “38” consumes all involved.

Even though the deadline came and went in 1982, the ERA continues to be reintroduced in congressional sessions. For those wondering, the argument for keeping the amendment alive after its deadline stems from the fact that the initial seven-year period for ratification placed on the amendment is not contemplated by the ratification process described by Article V of the U.S. Constitution. Proponents also argue the only U.S. Supreme Court case law discussing Congress’ right to use ratification deadlines is merely incidental dictum and not controlling precedent.

Corollary to our current climate?

It took some time for me to warm up to the series. The first three episodes seem so scattershot that there are simply too many moving parts to keep someone with only a fleeting interest in the subject matter entertained.

Don’t get me wrong: I’m all for equality. However, I’m not a big political junkie, and I wasn’t really aware of the ERA’s recent resurgence. As a practicing criminal defense attorney, almost all of my constitutional exposure and attention is devoted to the Fourth, Fifth, and Sixth Amendments. I didn’t give it much thought when Virginia ratified the ERA in January, and I had no idea there is a somewhat-simmering debate as to whether the ERA can still become a constitutional amendment almost 40 years after its effective deadline and defeat.

Nevertheless, I ultimately realized that the series’ schizophrenic presentation of all the key players is necessary, though. Once all the different puzzle pieces are laid out, the audience can begin to see the entire picture.

There are so many different perspectives vying for a semblance of change, yet there’s little trust between them, and their sometimes outspoken disdain for one another weakens the front for achieving everyone’s somewhat shared goal. According to Mrs. America, some of the straight feminists don’t trust or respect the gay feminists, and vice versa. The same is true for the white and nonwhite feminists.

The frustration that results resonates today as well when we look at how fractured our society has become. There is a significant amount of distrust and disdain for individuals who don’t fit the establishment’s definition of “normal.” Yet, those individuals continue to fight and gain strength on a national platform. In a world where multiple sexual orientations and gender identities are becoming more accepted in mainstream culture, it seems past time for the ERA to finally become law.

ABAJournal.com: “What does Equal Rights Amendment ratification in Virginia mean for its chances?”