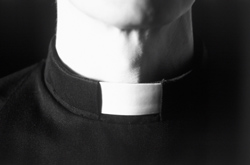 The New Orleans Saints apparently had a hand in determining which local priests were on a pedophile list, according to lawyers for sex abuse plaintiffs suing the Archdiocese of New Orleans.

The lawyers are basing their claims on emails turned over in discovery that show that the Saints’ involvement went beyond public relations advice, the Associated Press reports.

Six names have been added to the list of 57 credibly accused priests, but the number may still be too low. An AP analysis suggests that the list should have contained at least 20 more names.

The AP’s analysis was based on a review of bankruptcy documents, lawsuits, settlement information, grand jury reports, media accounts and a database of accused priests.

The AP has filed a motion seeking public release of the 276 emails. In one email, team spokesman Greg Bensel joins in a discussion about removing priests from the list, the lawyers say.

Saints owner Gayle Benson is devoutly Catholic and close friends with the local archbishop, according to the article. They say the lawyers are mischaracterizing the emails, and there was no attempt to cover up any crimes.

The team says the Saints organization did not advise the archdiocese to conceal information and, in fact, advised that new information on credibly accused priests should be turned over to authorities.

The archdiocese says the Saints only provided guidance about releasing information to the media.