Unusual nuisance law cited in suit for Tulsa massacre reparations; one plaintiff is 105 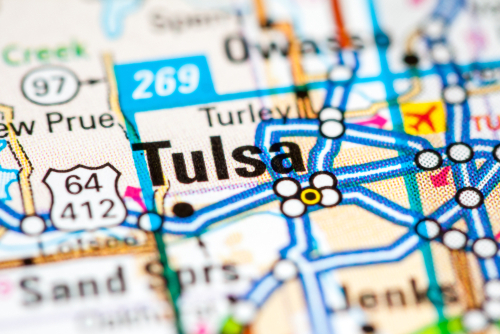 A lawsuit filed in Oklahoma this week seeks damages for a continuing nuisance stemming from the 1921 Tulsa massacre in an affluent neighborhood known as the Black Wall Street.

One of the plaintiffs in the Sept. 1 suit is 105-year-old survivor Lessie Benningfield Randle, who says she still has flashbacks of corpses stacked in the street, the New York Times reports.

Other publications covering the lawsuit include MSN, NPR and the Tulsa World.

Hundreds of people were killed in the attack by a white mob after a Black man was accused of attempting to rape a white woman. Thousands more were injured.

A commission later found that the arrested Black man had likely stumbled and stepped on the white woman’s foot in an elevator.

The suit claims that the city of Tulsa and other defendants created a continuing public nuisance that has led to racially disparate treatment and city-created barriers to basic human needs for neighborhood residents. As a result, no lapse of time can legalize the nuisance, the suit says.

Other plaintiffs besides Randle include the historic Historic Vernon African Methodist Episcopal Church, relatives of people killed, and relatives of survivors. The church is the only standing Black-owned structure from the era.

The defendants include the city and county of Tulsa, the Tulsa County sheriff, the Oklahoma National Guard and the city chamber of commerce.

Rather than providing resources to mitigate trauma, the defendants instead breached their duty by “piling trauma upon trauma,” the suit says.

In the immediate aftermath of the massacre, 5,000 Greenwood residents were detained in camps, the suit says. They were allowed to leave only when white persons sponsored them and vouched to their good character. The “paroled” residents had to carry a green card with their sponsor’s name; many had to work for their sponsors without pay.

Detainees who remained were forced to work their way out of custody by cleaning up the destruction in their neighborhood. Among those killed was a nationally renowned surgeon. Other professionals, including doctors, lawyers, teachers, nurses, businesspeople and skilled workers, left the area.

Since then, the defendants imposed or supported policies that violated the Greenwood residents’ right to equal protection under Oklahoma law, the suit says.

Zoning changes, later struck down by the Oklahoma Supreme Court, made rebuilding in Greenwood “prohibitively costly,” according to the suit. Material misrepresentations that blamed the massacre on lawlessness by community members prevented Greenwood residents from collecting on their insurance policies.

A grand jury indicted Greenwood residents for causing the massacre and called for more aggressive policing of Black people. Community leaders incorporated the Ku Klux Klan, contributing to a sense of insecurity that continues to this day.

The city failed to provide paved streets, running water and regular trash pickup to the neighborhood from the 1930s to the 1950s. Urban renewal powers were used to take residents’ property for projects that provided no direct benefit to them.

The suit cites Oklahoma’s unusual public nuisance law, which was used to help the state obtain a multimillion dollar verdict in an opioid suit against Johnson & Johnson last year. The law does not require public interference with property for a nuisance finding.

The public nuisance law partly defines a nuisance as “unlawfully doing an act, or omitting to perform a duty” that injures or endangers the comfort, health or safety of others. A public nuisance is defined as an act or omission that affects an entire community or neighborhood.

The suit says the defendants must “abate the public nuisance of racial disparities, economic inequalities, insecurity and trauma their unlawful actions and omissions caused in 1921 and continue to cause 99 years after the massacre.”

The suit also claims that the defendants unjustly enriched themselves by promoting the massacre site as a tourist attraction and obtaining funds for a history center.

Among the remedies sought are damages to abate the nuisance, punitive damages, an injunction to prevent an accounting for the value of lives and property lost, an audit of land records at the time of the massacre “to ensure all proper title and ownership,” creation of a victims compensation fund, and immunity from city and county taxes for 99 years for descendants of those harmed by the massacre.

Several lawyers are representing the plaintiffs, including law professor Eric Miller of the Loyola Law School in Los Angeles and retired law professor Adjoa Aiyetoro of the University of Arkansas at Little Rock’s William H. Bowen School of Law. The lead lawyer is Damario Solomon-Simmons of Tulsa.

“We’re not just talking about what happened in 1921. We’re talking about what’s still happening,” Solomon-Simmons said at a news conference. “We believe this lawsuit will be successful because there is no question there is a nuisance created by the defendants.”