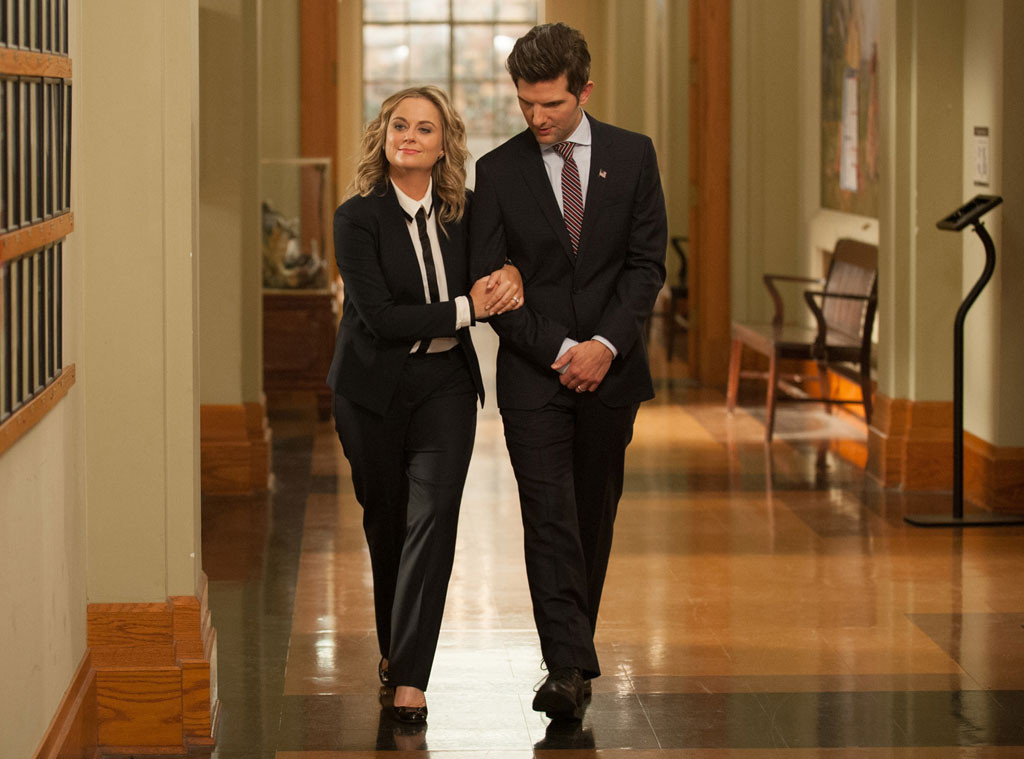 My wife has a “new” show, and it’s just “her” show. She started binging Parks and Recreation on Netflix a couple of months back. I didn’t notice at first, but once I realized she was watching the series from start to finish, I made a comment about watching it with her. I had enjoyed the show during its original run from 2009 to 2015 and hadn’t viewed it in years.

She wasn’t interested in letting me in on the binge. We have different schedules (she’s a part-time stay-at-home mother and business owner), and she made it very clear she was going to continue watching the series on her own time and at her own pace. She has no problem with me sitting in on an episode, but she watches when she’s ready, and I’m only along for the ride.

‘The Trial of Leslie Knope’

I haven’t seen every episode of the series, so it was either a case of inevitable consequence or just plain luck when “The Trial of Leslie Knope” popped up on our screen one evening. For anyone interested, it’s the ninth installment of the series’s fourth season.

By this point in the story, co-workers Leslie Knope (Amy Poehler) and Ben Wyatt (Adam Scott) have developed a romantic relationship. Once their relationship is revealed to Chris Traeger (Rob Lowe), each is faced with an “ethics trial” to discover whether either or both have violated any municipal rules or laws due to Ben operating as Leslie’s superior in the workplace hierarchy.

When I first realized that Parks and Recreation was presenting me with fodder for a future column, I was understandably excited. However, my expectations were tempered as the first half of the episode played out. The majority of the episode focuses on Leslie’s administrative hearing. I wasn’t interested in writing about yet another series’s portrayal of a courtroom scene from the perspective of believability.

Luckily, one of the running gags throughout the “trial” deals with the court stenographer tasked with transcribing the hearing. Seeing as how the show is a comedy, you can imagine the jokes that ensued.

Court stenographers, or “court reporters” as they are commonly referred to, are rarely, if ever, the focus of pop culture. Their contributions to the inner workings of the court system are often left overshadowed and underappreciated. However, proper and reliable conclusions to controversies would not be possible without their invaluable work.

This is because court reporters are the primary individuals tasked with maintaining records of what was said in a particular proceeding. Many may read that sentence and think, “Well, of course!” But the importance isn’t just having the record; the importance is having a permanent record. This is especially true in criminal cases where attempts at collaterally attacking a conviction are often lodged many years after the conclusion of the original court proceedings. If a new attorney plans to take on the case, they will need access to a complete and accurate account of what actually took place.

In addition, court reporters are invaluable resources and often possess a wealth of useful knowledge. Consequently, I try to get to know court reporters I practice in front of on a professional and respectful basis. They can be extremely helpful. Think about it: They listen to disputes and conflicts for a living. I’m sure other issues may need transcribing, but I only use their services through my law practice. Whether freelance or employed by the state, court stenographers have an incredible depth of insight into argument and how those arguments resonate.

This is especially true when it comes to jury trials. It’s the rare trial attorney who argues a case during every jury term. At least where I’m from in Oklahoma, it’s common for court reporters employed by a district judge to transcribe at least one jury trial approximately 20 times a year. Extrapolate that over an entire career, and you end up with a ton of experience reading juries and knowing the difference between what is and isn’t working in a given case.

Many reporters will give you feedback if you simply ask. They’re probably unlikely to solicit a bet on the outcome (like the reporter in “The Trial of Leslie Knope,” but any help is appreciated when facing down the prosecution on behalf of your client. You’d be a fool not to respect their opinion … assuming they’re willing to give it to you.

I travel all over the state of Oklahoma in my criminal defense practice, so I don’t always have the luxury of practicing in front of the same stenographers. Over the years, I’ve learned a few tools of the trade that can open up the door of conversation with a court reporter in a new venue.

The most obvious tip is to take the initiative. I always approach every court reporter—whether familiar or not—and hand them my business card first thing. That simple gesture accomplishes two goals: 1) it gives them the correct information necessary for the record they are going to create and 2) it starts a potential conversation.

If you are friendly enough, it’s easy to talk to anyone willing to reciprocate. I’ve also found that handing over your card can make enough of an impression that, even if you aren’t able to continue the conversation, the court reporter will more than likely remember you the next time you’re face to face.

Managing Your Murmur and Modulation

All things considered, though, the best way to show your respect for a court reporter and further your professional relationship is to make their job easier. During “The Trial of Leslie Knope,” the court reporter is visually and audibly annoyed at the tempo of testimony. That’s pretty true to form. I know court reporters get frustrated with the attorneys who advocate before them, because I’ve had court reporters get on to me before.

It was earlier in my career, and I had a habit of being a bit more soft-spoken than some reporters cared for. Part of the “issue” is that I don’t take one approach to questioning witnesses. Some attorneys only have one speed: bulldog or puppy. I’ve achieved the best results for my client when I use professional discretion regarding the timbre, volume and cadence of my speech.

A very experienced court reporter told me during a trial that she was having a difficult time understanding me when I spoke at a lower volume. I explained how and why I speak the way I do, focusing on the dynamics of my speech pattern, and she made an excellent point: If the judge allows you to move around or approach the witness, ask to approach. That way, you will be closer to the reporter as well (keeping in mind your position relative to the jury so they can hear you too). It made a lot of sense, and I still use that method today.

Another easy tip? Watch your “crosstalk.” If there is one thing that court reporters universally hate, it’s attorneys and witnesses speaking over each other. It’s easier said than done in the heat of jury trial, but the best practice is to wait until the witness answers prior to asking additional questions. I know it’s tough, especially when trying to control a difficult witness, but I think staying conscious of the issue will garner more respect from the reporter, the judge and probably the jury as well.