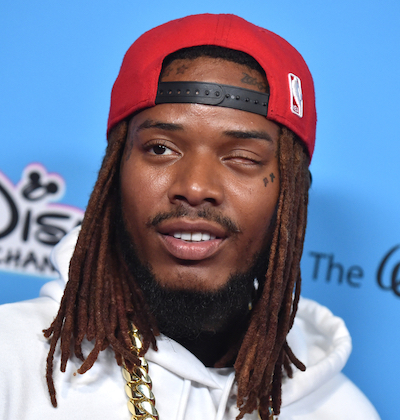 A New Jersey appeals court has overturned a $1.1 million verdict against the record label for rapper Fetty Wap partly because the plaintiff’s lawyer asked jurors to put themselves in his client’s shoes when awarding damages.

The record label’s lawyer had argued that the attorney for plaintiff Shawna Morgan violated the “golden rule doctrine,” and the trial court should have granted his motion for a mistrial. The New Jersey Superior Court’s Appellate Division agreed in an unpublished April 26 opinion that ordered a new trial on damages.

Morgan had alleged that she was still owed compensation when she was fired, and Fetty Wap’s record company defamed her a in a press release and in information leaked to the entertainment website TMZ. She was awarded more than $66,000 for breach of contract, $980,000 for defamation and more than $120,000 in prejudgment interest in February 2020.

Morgan was initially hired for administrative duties for Fetty Wap (born Willie Maxwell II), his touring company and his record label, RGF Productions Inc., the appeals court opinion said. She also booked tours and shows for Fetty Wap, even though she was not a licensed book agent.

Morgan’s duties expanded over time, and Fetty Wap referred to Morgan as his manager. At times, she used her personal credit card for company expenses and was reimbursed for the charges.

At first, Morgan was paid a commission for booking shows and then a flat fee of $2,500 per show. Eventually, she was no longer paid commissions or reimbursements. She was fired in April 2017.

TMZ reported in August 2017 that Morgan had been fired for falsely representing herself as a booking agent and charging additional fees to venues that booked Fetty Wap, a practice known as double dipping. The article was based on “sources close to Fetty’s RGF Productions.” An RGF Productions press release made similar allegations.

Morgan sought damages for defamation and compensation for work performed and unreimbursed expenses.

The golden rule is based on the principle that “you should do unto others as you would wish them to do unto you,” the appeals court explained.

“It is improper for an attorney to invoke this rule because it tends to encourage ‘the jury to depart from neutrality and to decide the case on the basis of personal interest and bias rather than on the evidence,’” the appeals court said, citing another case. “A golden rule argument suggests to jurors that they should ‘adopt what they would want as compensation for injury, pain and suffering.’”

The trial judge not only refused to grant the defense motion for a mistrial but also failed to give jurors a curative instruction, the appeals court said.

“Since the trial judge directed jurors to deliberate free from bias and sympathy but gave no explicit curative instruction to ameliorate counsel’s repeated references to the golden rule,” the appeals court said, “we cannot conclude the jury’s award of damages did not flow from plaintiff’s prejudicial appeal.”

The appeals court also said it was unclear from the jury verdict form whether part of the award was for punitive damages. The plaintiff had not sought punitives when the suit was filed, but her lawyer sought them in his summation. Jurors had no authority to award such damages without a request in the complaint, the court said.