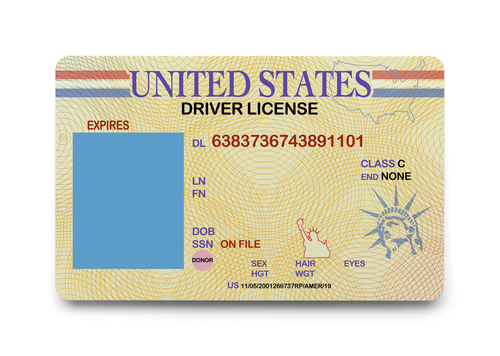 Police officers who arrested a Black man after he refused to identify himself violated his Fourth Amendment rights. But they have qualified immunity because they relied on a county ordinance that made it a crime to refuse to provide an ID to officers, a federal appeals court has ruled.

The Feb. 4 decision by the 4th U.S. Circuit Court of Appeals at Richmond, Virginia, upheld dismissal of George Wingate III’s claims against the officers based on enforcement of the ID ordinance. But it found for him on another claim—that one of the officers wrongly told him that he was not free to leave until he provided the ID, which turned the police encounter into an investigatory stop that violated the Fourth Amendment.

The appeals court revived Wingate’s wrongful stop claim and returned the case to the district court for further proceedings. Chief Judge Roger Gregory wrote the unanimous panel opinion. He was first nominated to the 4th Circuit by President Bill Clinton, and when the Senate didn’t act, Gregory was renominated by President George W. Bush.

The incident happened in April 2017 in Stafford County, Virginia, after Wingate pulled his car over at around 2 a.m. because his check engine light was on. A former mechanic, Wingate thought that he might be able to fix the problem. He pulled out a bag of tools from his trunk and looked under the hood. Then he got back into his car and tried to diagnose the problem using an automotive code reader.

An officer pulled over to offer assistance. Wingate left his car and walked over to greet the officer. When the officer asked what was going on, Wingate said he was on the way to his girlfriend’s house but had pulled over after experiencing car trouble. The deputy asked Wingate to disclose his identity.

A second officer who arrived said there had been a lot of catalytic converter thefts in the area, and Wingate was on the side of the road in an area where businesses had been hit. After Wingate again refused to provide identification, the officers attempted to arrest him. Wingate resisted, broke free and ran. Officers caught up to him, handcuffed him and placed him in the patrol car. When they searched Wingate’s car, they didn’t find tools commonly used to steal catalytic converters.

Prosecutors later dropped the charges against Wingate, which included failing to identify himself and preventing an officer from making a lawful arrest. Wingate sued under Section 1983 of the Civil Rights Act and Virginia common law.

The officer had argued that the investigatory stop was constitutional because he reasonably suspected that Wingate was involved in criminal activity. He said Wingate’s car was parked in a dimly lit area near a car lot during a time of increased car larcenies, Wingate had exited his vehicle without prompting, he was wearing all-black clothing, and he claimed to be having engine trouble even though his car was idling.

The court also found nothing suspicious about Wingate exiting his car.

“But the notion that the driver of a broken-down vehicle creates suspicion of criminal activity by approaching the officer trying to render him aid, put candidly, defies reason,” the court said.

And Wingate’s dark attire “is far from sufficient. Indeed, wearing dark clothing is often as innocuous as following the latest fashion trends,” the court said.

The officers violated Wingate’s Fourth Amendment rights by enforcing the ID ordinance “outside the context of a valid Terry stop,” the appeals court said, referring to Terry v. Ohio, a 1968 U.S. Supreme Court case on the reasonable suspicion requirement. “But because this right was not clearly established at the time of the arrest, the officers are entitled to qualified immunity on this claim.”

But the court ruled for Wingate on the investigative stop. Prior court cases should have placed the first deputy “on notice that suspicion of criminal activity must arise from conduct that is more suggestive of criminal involvement than Mr. Wingate’s was,” the court said.

As a result, the deputy is not entitled to qualified immunity. The court also tossed Wingate’s claims brought under Virginia common law.

In a concurrence, Richardson said he agreed that the ID ordinance could not be enforced without adequate suspicion. But he said he wanted to make clear that the decision applies only in the context of investigatory stops, and it doesn’t address requests for IDs during police checkpoints, at border crossings or before entry to secure facilities.

Hat tip to How Appealing, which linked to the decision and coverage by the Associated Press. Courthouse News Service also has a story.