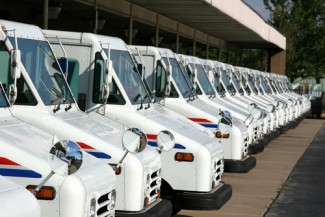 Lawyers for the U.S. Postal Service informed a federal judge in Washington, D.C., on Tuesday that it did not follow his time frame to sweep mail facilities for undelivered ballots in 12 postal districts.

U.S. District Judge Emmet Sullivan of the District of Columbia had ordered postal inspectors Tuesday to sweep the facilities between 12:30 p.m. and 3 p.m. to ensure that no ballots were left behind. But a Department of Justice lawyer informed Sullivan in a filing shortly before 5 p.m. that the Postal Service was sticking with its daily review process that occurs from 4 p.m. to 8 p.m.

“Given the time constraints set by this court’s order, and the fact that postal inspectors operate on a nationwide basis, defendants were unable to accelerate the daily review process to run from 12:30 p.m. to 3:00 p.m. without significantly disrupting preexisting activities on the day of the election, something which defendants did not understand the court to invite or require,” the filing said.

The Postal Service had previously disclosed that it had received more than 300,000 ballots that had not yet been scanned for delivery. The service said it has conducted daily sweeps at all its facilities since Oct. 29.

Some of the facilities covered by Sullivan’s order were in battleground states, such as Pennsylvania, Georgia, Arizona and Florida. Sullivan told DOJ lawyers that they should be ready to discuss the apparent lack of compliance at a status conference Wednesday.

The Washington Post spoke with Allison Zieve, an attorney representing the NAACP in the litigation.