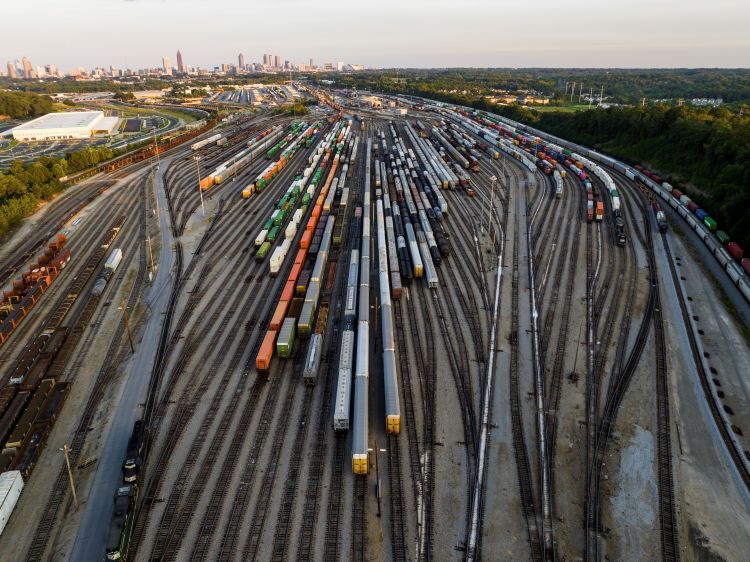 A process outlined in a 96-year-old law governing railroads led to a bill signed Friday by President Joe Biden that imposes a contract agreement between workers and railroads.

Biden and Congress relied on the Railway Labor Act and a 1917 U.S. Supreme Court decision for the authority to pass the measure. It increases wages by 24% from 2020 through 2024, includes an extra paid day off and increases schedule flexibility. But it includes no paid sick leave, the New York Times reports here and here.

Other publications with coverage are CNN Business, Politico, the Hill and PBS.

The Railway Labor Act, passed in 1926, is intended to avoid disruptions to interstate commerce, according to the Congressional Research Service, a public policy research institute of Congress. At first, the law governed labor relations between railroads and workers but was expended in 1936 to include air carriers and their workers.

Under the law, the National Railroad Adjustment Board handles minor disputes involving grievances or the interpretation or application of railroad labor agreements. The National Mediation Board handles major disputes, including disputes over changes to rates of pay, rules or working conditions. Disputes before the National Mediation Board are governed by requirements for bargaining and mediation.

The president is notified if the National Mediation Board determines that a dispute could “threaten substantially to interrupt interstate commerce to a degree such as to deprive any section of the country of essential transportation service.” The president can then create the Presidential Emergency Board, which has 30 days to issue a report to the president. After that, the parties must maintain the status quo for an additional 30 days. If no agreement is reached after this cooling off period, strikes and lockouts are permitted.

In the present dispute, Biden created the Presidential Emergency Board after receiving notice of the threat to interstate commerce. The board issued recommendations in August.

But four of 12 labor unions voted against the proposal. That led Biden to urge Congress to step in, using legislative authority stemming from its constitutional ability to regulate interstate commerce under the Supreme Court’s 1917 decision in Wilson v. New.

In that decision, the Supreme Court said Congress had the power to “guard against the cessation of interstate commerce” when it adopted an eight-hour work day for rail workers and temporarily regulated their wages, according to the Congressional Research Service and the Constitution Daily Blog.

Ian Jefferies, the CEO of the Association of American Railroads, told CNN Business that the goal of the Railway Labor Act was to reduce the likelihood of rail strikes.

“And it’s been remarkably effective in doing that,” Jefferies said.

Unions, however, say they are at a bargaining disadvantage because of the possibility that Congress will step in to resolve disputes.

“This action prevents us from reaching the end of our process, takes away the strength and ability that we have to force bargaining or force the railroads to … do the right thing,” said Michael Baldwin, president of the Brotherhood of Railroad Signalmen, which is one of the four unions whose members voted against the tentative agreements reached and that Congress is poised to impose on union members, in comments cited by CNN Business.