Recovering former convict defies odds, ends 'long and hard journey' after being sworn in as a lawyer 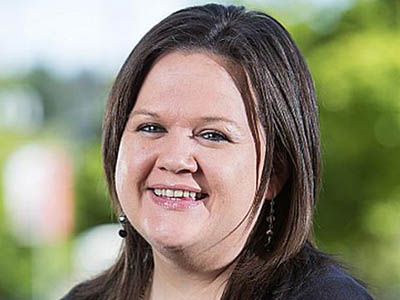 A 2017 law school graduate and advocate for the recently incarcerated—who also has a felony record and has been in recovery for more than six years—was sworn in as a member of the Washington State Bar Association on Saturday following a battle with the agency’s character and fitness board.

The ceremony for Tarra Simmons took place at her alma mater, Seattle University School of Law, according to Law.com.

Last November, the Washington State Supreme Court reversed an earlier 6-3 finding from the character and fitness board, which voted against a recommendation that Simmons could sit for the bar exam.

“This day is the finale of a really long and hard journey that started when I was in prison,” Simmons told the Associated Press. “When I was at my lowest moment, I never thought that it would be this amazing.”

A mother at 15 who worked as a registered nurse for 11 years, Simmons said she became addicted to prescription drugs and methamphetamine as self-medication for depression. In 2011, she was charged with felony theft, drug possession and gun possession. She pleaded guilty to the drug and theft charges and served 20 months in state prison.

“When I was at my lowest moment, I never thought that it would be this amazing.”—Tarra Simmons

In an April 2018 opinion explaining its decision reversing the character and fitness board finding for Simmons, the state supreme court wrote that “one’s past does not dictate one’s future.”

The opinion noted that Simmons was born to parents with substance abuse problems, grew up in poverty, experienced sexual violence as a child and was homeless at times after running away at 13. She also has a 2001 conviction for second-degree assault, two bankruptcies and a home foreclosure, according to the opinion.

Simmons’ sobriety has been helped by developing a support network, the opinion states, which shows that she uses good strategies to minimize the risk of future relapses and self-destructive behavior. She’s been sober since September 2011, the court wrote.

“Before Simmons was sent to prison in 2011, she lacked the insight to realize she was addicted to her controlled prescription medications and she did not meaningfully engage in any treatment for her childhood trauma and lifelong substance abuse issues,” Justice Mary Yu wrote for the court. “However, upon Simmons’ incarceration, she not only engaged in treatment but advocated for opportunities to engage in further treatment that would not normally be available to her because she was assessed at a very low risk to reoffend.”

For the immediate future, Simmons plans to continue with her Skadden Fellowship at the Public Defender Association, she told the ABA Journal, and she can now take on individual cases.

“There’s a lot of people like me with great potential who’ve also earned a second chance, but need pro bono representation so they can also move forward in life,” Simmons wrote in an email.