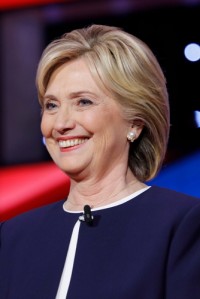 There is no evidence that Hillary Clinton sought legal approval to use a private email server while serving as secretary of state, according to a report released on Wednesday by the State Department’s Inspector General.

Nor was there any evidence that Clinton discussed use of the email account with officials responsible for handling records and security, the report found. If she had, the report said, approval would likely have been denied. The Washington Post, the New York Times, Bloomberg News, the Associated Press and Politico are among the publications that covered the findings.

Lawyers in the State Department’s Office of Legal Adviser, along with other senior State Department officials, told the Inspector General that they were never asked to approve or review Clinton’s use of the private server, and they were unaware of the extent of her use of a private email account.

The problems weren’t confined to Clinton, the report found. “Long-standing, systemic weaknesses related to electronic records and communications have existed within the office of the secretary that go well beyond the tenure of any one secretary of state,” the report said.

Clinton has turned over about 30,000 emails from her private server that might constitute federal records. She has asserted that the emails were preserved because they were sent to State Department officials on the government email accounts.

However, “sending emails from a personal account to other employees at their department accounts is not an appropriate method of preserving any such emails that would constitute a federal record,” the report said.

At a minimum, the report said, Clinton should have turned over all the emails before leaving government service, and her failure to do so did not comply with department policies implementing federal requirements for preserving records.