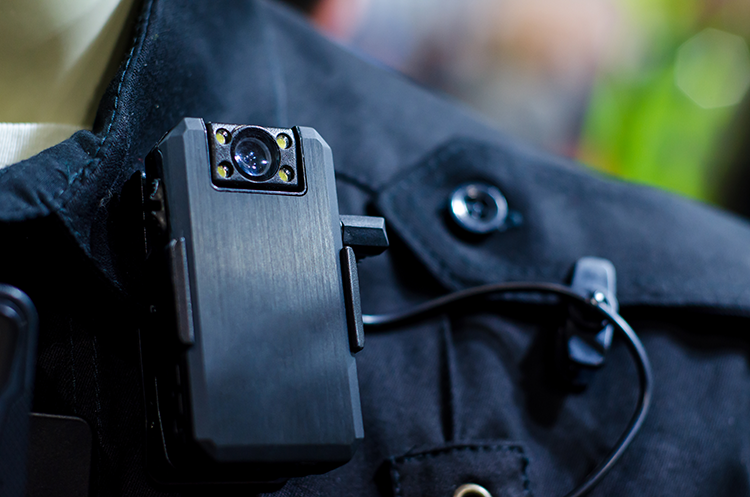 The ABA House of Delegates passed a resolution Monday urging governments around the country to adopt its policies on police body-worn cameras—technology that is a key part of measures on policing reform.

The ABA’s Working Group on Building Public Trust in the American Justice System and the Section of Civil Rights and Social Justice’s Coalition on Racial and Ethnic Justice co-sponsored Resolution 604, which was passed by a vote of 304 to 12.

Appearing remotely, Robert Weiner, chair of the Working Group on Building Public Trust in the American Justice System, noted that there were no national standards on police body-worn cameras.

“Not having these procedures is a prescription for controversy,” Weiner said.

“The principles proposed by the working group will provide a roadmap for developing policies that will make body worn cameras a more effective tool for accountability, fairness, and transparency in law enforcement that we hope will improve trust in the justice system,” Weiner said as he urged the House to pass the resolution.

The movement to use body-worn cameras as an accountability and transparency tool grew after a white police officer in Ferguson, Missouri, shot and killed Michael Brown Jr., an 18-year-old Black man, on Aug. 9, 2014.

In 2020, after protests erupted over the murder of George Floyd in Minneapolis, criminal justice advocates pushed the technology as a key piece of policing reform like H.R. 1280, the George Floyd Justice in Policing Act, which passed in the U.S. House of Representatives in March.

Several states including Colorado, Connecticut, Illinois, Maryland, New Jersey, New Mexico and South Carolina mandate that officers to wear them statewide, according to the National Conference of State Legislatures.

The working group recommends police departments publish their policies on body-worn cameras so the public and media can easily access them. The policy also recommends “timely and appropriate access to footage,” that is “consistent with applicable public records laws.” The privacy rights of people who appear in footage should be protected where appropriate. Police departments should have clear policies on retention of the data that is also in line with public record laws, the report accompanying the resolution states.

“The policies should ensure prompt deletion of footage following the retention time period unless preservation is required for litigation or other appropriate purposes,” the report adds.