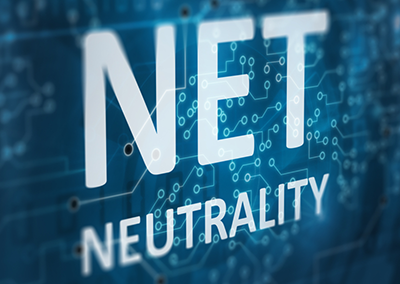 The Trump administration will sue California to try and block the state’s net neutrality law, which sets up yet another high-profile battle between the federal government and the country’s most populous state.

Politico, the Verge and the Washington Post have stories.

Signed into law by Gov. Jerry Brown on Sunday evening, many experts consider California’s new law the toughest net neutrality rules in the country, filling in a void left by the Federal Communications Commission’s rollback of Obama-era rules in December 2017.

“The Justice Department should not have to spend valuable time and resources to file this suit today, but we have a duty to defend the prerogatives of the federal government and protect our Constitutional order,” Attorney General Jeff Sessions said in a statement Sunday. “We will do so with vigor. We are confident that we will prevail in this case—because the facts are on our side.”

Originally passed in 2015 and upheld by the U.S. Court of Appeals for the D.C. Circuit in 2016, the FCC’s previous net neutrality rules required that internet service providers like AT&T, Comcast and Verizon treat all web traffic equally. This meant that, for example, providers would not be allowed to “throttle” or change the speed with which a person accesses a website. The repeal allows ISPs to block or slow some online traffic. In other cases, the provider can negotiate with a website for “fast lanes” to users.

When the FCC repealed the rules, the agency went further than just repeal by saying it did not have the legal authority used in 2015 to regulate internet providers. That issue is bound to be at the center of whether or not the federal government can preempt the states in this instance.

In September, FCC Chairman Ajit Pai made remarks in Maine, which is considering similar legislation, about the dangers of the California law.

“Last month, the California state legislature passed a radical, anti-consumer internet regulation bill that would impose restrictions even more burdensome than those adopted by the FCC in 2015,” he said. “The Internet should be run by engineers, entrepreneurs, and technologists, not lawyers, bureaucrats, and politicians.”

He went on to argue that ending net neutrality has been better for consumers, a comment that some derided as antithetical to reality, Vice reported.

In response to the recent DOJ action, California Attorney General Xavier Becerra, who is already suing the administration with 22 state attorneys general over the original roll back of net neutrality, blasted the decision.

“While the Trump Administration continues to ignore the millions of Americans who voiced strong support for net neutrality rules, California—home to countless start-ups, tech giants and nearly 40 million consumers—will not allow a handful of power brokers to dictate sources for information or the speed at which websites load,” he said. “We remain deeply committed to protecting freedom of expression, innovation and fairness.”