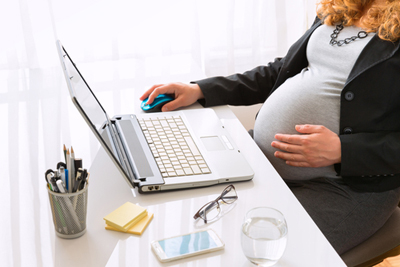 A Miami lawyer with Shook, Hardy & Bacon objected when a pregnant opposing lawyer sought a continuance because her due date coincided with a trial date.

Paul Reid argued his client had been injured five years ago and “parental leave is not a compelling circumstance justifying the severe prejudice” that will be caused by delaying the trial, the Daily Business Review reports. Reid suggested that the opposing lawyer, Christen Luikart of Murphy Anderson in Jacksonville, Florida, should give the case to another lawyer or try the case early.

In a motion opposing the continuance, Reid said the continuance motion was “a reaction” to his prior motion to strike the opinions of expert witnesses because the defense had failed to comply with an order to disclose their opinions.

Reid, who lost his attempt to avoid a trial delay, is at the center of a debate on accommodations for pregnant lawyers, according to the Daily Business Review article.

Reid did not comment when contacted by the Daily Business Review, and he is no longer listed on Shook Hardy’s website. According to a statement provided by the law firm’s administrative managing partner, Hildy Sastre, Reid has been suspended pending further review by firm management.

Reid’s comments “do not reflect the supportive and inclusive culture that Shook, Hardy & Bacon is committed to championing for our clients, staff and lawyers, opposing parties and counsel and others involved in the legal process,” the statement said.

Reid represented Scott Aswege, an event planner who says was trying to hang a banner when the platform of his scissor lift flipped up, causing him to fall 20 feet to a concrete floor below. Luikart represents the lift maker, Genie, and its parent company, Terex.

“I don’t want to look insensitive” on Luikart’s request for a delay, Reid told Judge Cymonie Rowe, according to a transcript of a June 5 hearing. Reid said his firm had been rated in the top 10 best places for women to work “and I respect all that.” But Reid said his client “was crippled five years ago” and Luikart is asking for an “exceptionally long” continuance.

Luikart told the judge she was seeking eight weeks of leave after her Oct. 21 due date.

Reid acknowledged Luikart had not sought a continuance before, but said that every time he sought a trial date “they want it further.”

“So in terms of who’s prejudiced in this case,” Reid said, “no one is prejudiced if we can go early in the trial period.” He went on to cite case law that he said endorsed substitution of another lawyer who is able to participate effectively in the trial. “They’ve already had two other lawyers that have been actively participating including at mediations and so forth that are well aware of what’s going on in the case,” he said. “So I don’t mean to be insensitive about her pregnancy. Obviously I wish her all the best on that, but we could try it early.”

Among those criticizing Reid is Jennifer Shoaf Richardson, president of the Florida Association of Women Lawyers. She told the Daily Business Review that Luikart was clearly lead counsel in this case and had done most of the work. “The implication that she should sub in her partner after years of work on this matter, or the implication that she isn’t really the lead counsel is something that we see time and time again,” Richardson said.

Richardson also saw trends that extend beyond Luikart. “One, in implying that women would get pregnant or time their pregnancies to interfere with a trial date, which is completely ridiculous and absurd. And two, a common reaction is to diminish the role of women in a trial,” she said.

The debate comes as Florida Supreme Court considers a proposed rule on continuances for parental leave, the Daily Business Review reports in another story.

The proposal partly reads: “A motion for continuance based on parental leave of the lead attorney in the case shall be granted if made within a reasonable time after learning the basis for the continuance unless substantial prejudice to the opposing party is shown. Three months shall be the presumptive length of a continuance granted for parental leave absent good cause for a longer time.”

Here is the full statement by Shook Hardy’s Sastre: “As attorneys, we zealously advocate for our clients every day in court; but we expect our lawyers to do so in an appropriate and respectful manner. The statements made by Mr. Reid do not reflect the supportive and inclusive culture that Shook, Hardy & Bacon is committed to championing for our clients, staff and lawyers, opposing parties and counsel and others involved in the legal process.

“Mr. Reid’s comments are directly at odds with Shook’s advocacy on these issues, and our firm chair suspended Mr. Reid today upon learning of the situation, pending further review by firm management. We will use this situation as an additional opportunity to educate our lawyers and staff and foster a continued dialogue on diversity and inclusion. Shook fully supports the proposed rule under consideration by the Florida Supreme Court to create a presumption that pregnant lawyers should get three-month continuances in their cases and other initiatives reflecting fair and respectful treatment of others.”