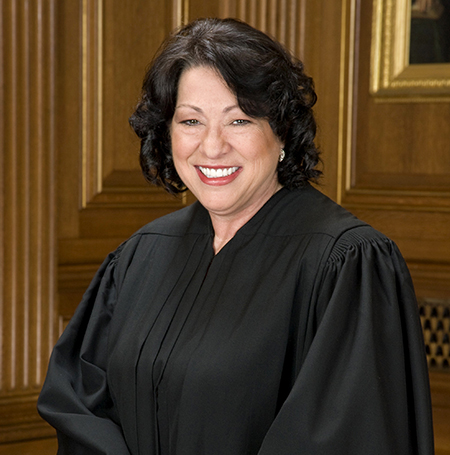 The U.S. Supreme Court has rejected the ineffective assistance claim of a death row inmate who didn’t call his lawyers to testify about their failure to hire an expert to assess him for an intellectual disability.

The court ruled Friday in a per curiam, summary opinion that drew a sharp dissent from Justice Sonia Sotomayor, joined by Justice Elena Kagan. Justice Stephen G. Breyer also dissented, but he did not join Sotomayor’s opinion.

Sotomayor accused the majority of using “linguistic contortion” to reject the claim of death-row inmate Matthew Reeves. “The lengths to which this court goes to ensure that Reeves remains on death row are extraordinary,” Sotomayor wrote.

Reeves was convicted of murder in 1998 for a crime that he committed at age 18.

The victim, Willie Johnson, had towed Reeves’ broken-down car after finding him stranded on an Alabama dirt road. “In payment for this act of kindness, Reeves murdered Johnson, stole his money, and mocked his dying spasms,” the Supreme Court said in its per curiam opinion.

Two initial lawyers who represented Reeves had obtained court approval for funding to hire a neuropsychologist to evaluate their client for an intellectual disability. After one lawyer was replaced, the legal team never hired the expert.

Instead, on the day of the trial’s penalty phase, the lawyers contacted a clinical psychologist who had previously examined Reeves for competence to stand trial. She informed the lawyers that she had not administered a full IQ test, and the partial test administered found his verbal IQ was not within the range of intellectual disability, Sotomayor said.

The lawyers nonetheless called the psychologist to testify. The only other witnesses were Reeves’ mother and a police detective, according to Sotomayor.

When Reeves sought post-conviction relief for failure to hire the expert, he did not call any of the lawyers to testify about their decision. The Alabama Criminal Court of Appeals denied relief, but the Atlanta-based 11th U.S. Circuit Court of Appeals reversed.

According to the Supreme Court, the 11th Circuit wrongly “reinterpreted the Alabama court’s lengthy opinion as imposing a simple per se prohibition on relief in all cases where a prisoner fails to question his counsel.”

The 11th Circuit decision was a mischaracterization of the Alabama opinion, the Supreme Court said.

Sotomayor said the 11th Circuit got it right. Courts cannot impose a per se rule requiring attorney testimony for an ineffective assistance claim, yet the Alabama Court of Criminal appeals “applied precisely such a rule in this case,” Sotomayor said.

“Today’s decision continues a troubling trend in which this court strains to reverse summarily any grants of relief to those facing execution,” Sotomayor said.

“This court stops the lower court from granting Reeves’ petition by adopting an utterly implausible reading of the state court’s decision. In essence, the court turns ‘deference’ … into a rule that federal habeas relief is never available to those facing execution.”