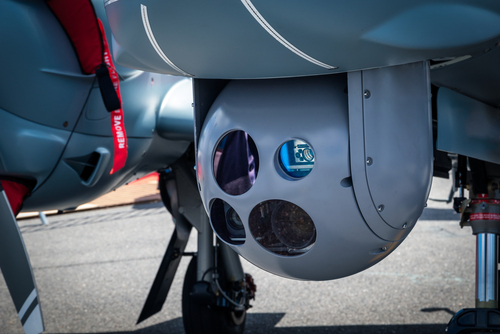 The 4th U.S. Circuit Court of Appeals at Richmond, Virginia, ruled Thursday in a lawsuit filed on behalf of grassroots community advocates by the American Civil Liberties Union and the ACLU of Maryland. The program was known as the Aerial Investigation Research program, which is shortened to AIR.

The planes conducted surveillance in Baltimore using high-tech cameras to record “the movements of a city,” the majority said. Aerial photography was used to track movements of people and vehicles in connection with serious crimes.

“Because the AIR program enables police to deduce from the whole of individuals’ movements, we hold that accessing its data is a search, and its warrantless operation violates the Fourth Amendment,” Gregory wrote in the majority opinion.

The plaintiffs challenging the program are entitled to a preliminary injunction, he said.

The surveillance was part of a pilot program that has since been shut down because of a public outcry. The police department retained data relating to specific investigations, so the appeal is not moot, Gregory said.

The appeals court cited the 2018 U.S. Supreme Court decision in Carpenter v. United States, which held that police generally have to get a warrant supported by probable cause before obtaining cellphone location data.

Carpenter identified a reasonable expectation of privacy in the whole of a person’s physical movements, Gregory said. AIR tracked every movement of every person who is outside in Baltimore, and the data was retained for at least 45 days.

Data collected in the program, often shorter snippets of several hours or less collected during daytime hours, still enables a wealth of detail “greater than the sum of the individual trips,” Gregory said.

“Therefore, because the AIR program opens ‘an intimate window’ into a person’s associations and activities, it violates the reasonable expectation of privacy individuals have in the whole of their movements,” he added.

The decision does not “express our opposition to innovation in policing or the use of technology to advance public safety,” Gregory said. “It is only to emphasize that the role of the warrant requirement remains unchanged as new search capabilities arise.”

“The court’s landmark ruling makes clear that the Constitution forbids police departments from deploying this kind of dystopian aerial surveillance,” she said.

The case is Leaders of a Beautiful Struggle v. Baltimore Police Department.