Lawsuits over coronavirus quarantines are unlikely to succeed, experts say 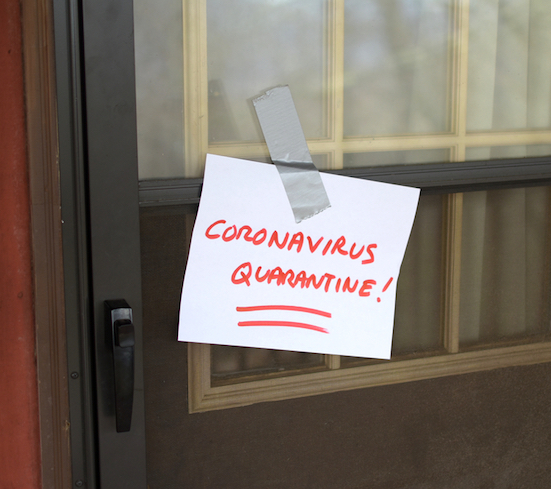 Lawsuits challenging COVID-19 quarantines and restrictions on public gatherings may be doomed to failure.

Experts who spoke with Bloomberg Law and the New York Times said the government has broad powers to handle a public health crisis.

Lawsuits are unlikely to be successful unless they are challenging “a truly egregious practice,” according to James Hodge, law professor at Arizona State University, who spoke with Bloomberg Law.

“The idea that you’re going to walk into court and object vehemently and successfully against known, proven public health social distancing measures that are being employed currently is not a winner,” he said.

State and local officials who declare emergencies have even broader powers than the federal government, according to Elizabeth Goitein, a director of the liberty and national security program at the Brennan Center for Justice at New York University’s law school.

“The federal government has more money, but state and local officials have police powers, essentially their authority to maintain public health and safety,” Goitein told the New York Times.

Goitein says those powers can include the authority to impose curfews and quarantines, limit public gatherings, ban people and traffic from the street, ration or impose price controls on goods, and suspend alcohol consumption.

A relevant law at the federal level is Section 361 of the Public Health Service Act, according to Politico, the National Conference of State Legislatures and the Centers for Disease Control and Prevention.

The law allows the federal government to quarantine individuals suspected of certain communicable diseases if they arrive in the United States by air, land or sea.

The authority for carrying out those functions has been delegated to the CDC, according to the its website.

Federal regulations state that the CDC may detain and examine people arriving in the country and even traveling between states if they are suspected of having enumerated communicable diseases.

President Donald Trump indicated Wednesday that he may invoke another federal law to stop asylum-seekers and those entering the country illegally from Mexico, USA Today reports. The relevant law is 42 U.S. Code 265, which gives the U.S. surgeon general the power to ban people from countries “to avert such danger.”

Lawrence Gostin, a law professor at Georgetown University, wrote the State Emergency Health Powers Act, a model law that many states have adopted in whole or in part, according to the Chicago Tribune.

“There’s no question that if you’ve been exposed to the virus, but not showing currently symptoms, that there could be a quarantine order and that it could be enforced by law,” Gostin told NPR.

Constitutional rights that could be impacted when the government oversteps include the Fifth and 14th Amendment rights to due process and equal protection, according to the Constitution Daily.

The American Civil Liberties Union is watching the government response, according to a statement by Hina Shamsi, director of the ACLU’s National Security Project.

“Use of emergency powers in this pandemic can be legitimate for measures grounded in science and public health and when consistent with the need to protect the health, safety, and civil liberties of us all,” Shamsi said. “The ACLU will be watching closely to make sure any use of emergency powers in response to the pandemic is grounded in science and public health, not politics or discrimination.”