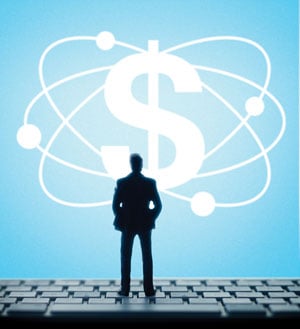 Updated: The U.S. Supreme Court is considering two cases in which the defendants argue that federal fraud law doesn't cover alleged bid rigging and payments to a nongovernment official to get state business.

In oral arguments Monday, a majority of the justices appeared ready to curtail the reach of federal fraud laws, report Law.com, the Associated Press, the Washington Post, Reuters and the New York Times.

Both cases also involve the wire-fraud statute, which makes it illegal to obtain money or property through a scheme or artifice to defraud. The law says an artifice to defraud includes a scheme to deprive another of the intangible right of honest services.

The Wall Street Journal also has coverage via How Appealing.

One case is an appeal by Joseph Percoco, a former aide to former Democratic New York Gov. Andrew Cuomo. Percoco was convicted in 2018 for accepting more than $315,000 in bribes to help two of Howe’s corporate clients get state business.

Percoco’s lawyers argue that he was a private citizen—working on Cuomo’s reelection campaign—which meant that he was acting as a lobbyist when he solicited and accepted $35,000 to help one of Howe’s clients, COR Development. The 2nd U.S. Circuit Court of Appeals at New York had affirmed the conviction, reasoning that Percoco had a guaranteed job in the Cuomo administration after the election, and he still had influence. As a result, he owed a duty to the public, the 2nd Circuit found.

The cert petition frames the issue this way: “Does a private citizen who holds no elected office or government employment but has informal political or other influence over governmental decision-making owe a fiduciary duty to the general public such that he can be convicted of honest-services fraud?”

The second case is an appeal by Louis Ciminelli, a construction executive who was accused of conspiring to rig the bidding process for the Buffalo Billion, a $1 billion project to revitalize the Buffalo, New York, area. Ciminelli worked with Howe, a consultant hired to administer the program, and Alain Kaloyeros, who oversaw the grant application process.

Selection criteria favored Ciminelli’s company, which was selected to become a “strategic development partner.” That put the company first in line to negotiate for business. It got a $750 million construction contract.

Prosecutors convicted Ciminelli using a “right to control” theory, which argued that the secret bid-rigging arrangement deprived the nonprofit that oversaw allocation of funds of its right to control the process.

The Wall Street Journal reports that the right-to-control theory “allows prosecutors to sidestep the traditional requirements of fraud, which are evidence of guilty intent, economic harm and deprivation of property.”

Ciminelli’s lawyers argue that he didn’t deprive the board of money or property because the deception applied only to its first-in-line arrangement and not the negotiations that resulted in its $750 million contract.

According to the cert petition, this is the issue: “Whether the 2nd Circuit’s ‘right to control’ theory of fraud—which treats the deprivation of complete and accurate information bearing on a person’s economic decision as a species of property fraud—states a valid basis for liability under the federal wire-fraud statute.”

The SCOTUSblog case pages are here and here.