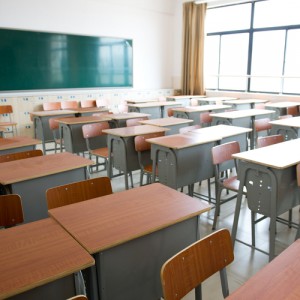 The U.S. Supreme Court has ruled 5-4 that Montana's decision to ban religious schools from a scholarship program violates the free exercise clause.

Montana’s state scholarship program used donations to fund scholarships for children at private schools, including religious schools. Donors received a tax credit of up to $150.

The Montana Supreme Court had found that the program violated the state constitution, which bars direct or indirect aid to religion. The state court struck down the scholarship program in its entirety.

Roberts said the no-aid provision “bars religious schools from public benefits solely because of the religious character of the schools.” That violates the free exercise clause, he said.

“A state need not subsidize private education. But once a state decides to do so, it cannot disqualify some private schools solely because they are religious,” Roberts said.

The Institute for Justice represented the parents in the case. Co-counsel Erica Smith praised the decision in a press release.

“This is a landmark case in education that will allow states across the country to enact educational choice programs that give parents maximum educational options,” Smith said.

Three mothers whose children attended a private Christian school had sued after the Montana Department of Revenue issued a rule banning families from using the scholarships at religious schools. A trial court ruled in the parents’ favor, saying the constitutional provision banned appropriations, not tax credits, that aid religion.

Roberts said the Supreme Court has recognized a “‘play in the joints’ between what the establishment clause permits and the free exercise clause compels.”

In the case before the court, the parties don’t dispute that the scholarship program is permissible under the establishment clause. “Nor could they,” Roberts wrote. “We have repeatedly held that the establishment clause is not offended when religious observers and organizations benefit from neutral government programs. … The question for this court is whether the free exercise clause precluded the Montana Supreme Court from applying Montana’s no-aid provision to bar religious schools from the scholarship program.”

In finding a free exercise clause violation, Roberts cited the Supreme Court’s 2017 decision in Trinity Lutheran Church of Columbia, Missouri v. Comer, which held that a church’s free exercise rights were violated when it was denied a state grant to resurface its playground.

“The Montana Constitution discriminates based on religious status just like the Missouri policy in Trinity Lutheran,” Roberts said.

In a dissent, Justice Stephen G. Breyer said the majority “barely acknowledges the play-in-the-joints doctrine here.” He noted the interplay between the free exercise clause guaranteeing the right to practice religion and the establishment clause forbidding government support for religion.

“The majority’s approach and its conclusion in this case, I fear, risk the kind of entanglement and conflict that the religion clauses are intended to prevent,” Breyer wrote in a dissent partly joined by Justice Elena Kagan.

Justices Ruth Bader Ginsburg and Sonia Sotomayor also wrote dissents in which they said the Montana Supreme Court didn’t discriminate against religion when it struck down the entire scholarship program.

Sotomayor also argued that the court shouldn’t have decided the case because it resolved a constitutional question not presented by parents who challenged the petitioners.

The case is Espinoza v. Montana Department of Revenue. Hat tip to SCOTUSblog, which had early coverage of the opinion.

ABAJournal.com: “SCOTUS goes into the new year with a loaded plate as impeachment trial looms”