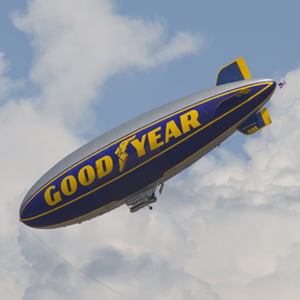 The court agreed to decide the first issue in the cert petition (PDF): In cases where parties sanctioned under a court’s inherent powers aren’t given the protections of criminal due process, should the sanction be tailored to harm directly caused by the misconduct? SCOTUSblog noted the cert grant.

A federal judge in Arizona had imposed the sanction for failure to disclose tire test results during discovery in a suit by two married couples who blamed the crash of their motor home on a failed tire, according to a prior story on the case by Law360.

The case settled in 2010, but the couples’ attorney filed a motion for sanctions the next year after reading an article about the testing. The federal judge sanctioned Fennemore Craig lawyer Graeme Hancock $550,000, and jointly sanctioned Goodyear and its national coordinating counsel Basil Musnuff $2.2 million. The sanction represented all of the attorney fees and costs incurred by the plaintiffs after Goodyear’s first discovery responses.

The San Francisco-based 9th U.S. Circuit Court of Appeals upheld the sanction (PDF) in July 2015, according to a summary of the opinion by the Recorder (sub. req).

A dissenting judge, Paul Watford, had argued the sanction was punitive, which require protections available to criminal defendants, rather than compensatory, which requires only adequate notice and an opportunity to be heard. A sanction isn’t compensatory, he argued, unless there is a causal connection between the alleged misconduct and the amount awarded.