These 7 law schools may be the most underrated 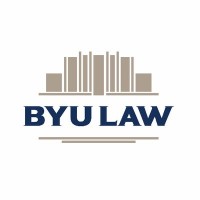 Brigham Young University’s law school is the most underrated in the nation, according to an interpretation of a new study.

When that ranking is compared to the schools’ ranking in U.S. News & World Report, Brigham Young has the biggest point differential, making it the most underrated school, according to BYU News.

BYU listed the seven schools with the biggest differentials, spurring reports by Above the Law, the Greedy Associates blog and Tax Prof Blog.

The most underrated schools are:

1) Brigham Young (ranked 20th based on student credentials and 46th by U.S. News, a 26-spot differential.)

6) Southern Methodist University (35th based on credentials and 46th by U.S. News, an 11-spot differential.)

7) George Mason (32nd based on credentials and 41st by U.S. News, a nine-spot differential.)

The ranking, based only on LSAT and GPA scores, puts these schools in the top seven:

The study authors are University of Kentucky law professor Brian Frye and doctorate student Christopher Ryan Jr. of Vanderbilt University. The study will be published in the Alabama Law Review.