These states have the best and worst civil access to justice 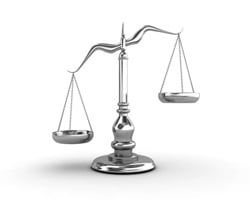 Washington, D.C., provides the best civil access to justice while Mississippi provides the worst, according to new findings by the National Center for Access to Justice.

The “Justice Index” findings are based on access regardless of income, language ability, or physical or mental challenges, according to a press release (PDF) announcing the findings on Wednesday. More detailed findings are available here.

David Udell is executive director of the National Center for Access to Justice at the Benjamin N. Cardozo School of Law. He told the National Law Journal (sub. req.) that the “biggest story” in this year’s index is how courts are making progress in helping people without lawyers. “Nothing replaces the role of a lawyer, but with judicial leadership, many states are pursuing common-sense reforms to help poor Americans in civil cases,” he said.

Some examples: 44 states provide court forms on easy to navigate web pages, 23 states allow judges to take specified steps (such as explaining evidentiary requirements) to help self-represented litigants, and 20 states encourage the use of plain English in the courtroom.

Other key findings include:

• Fewer than one civil legal aid attorney is available per 10,000 poor people in the United States.

• Twenty-five million people in the United States have limited English proficiency, but nearly half the states don’t require a certified interpreter for people facing cases involving areas such as domestic violence, divorce, child custody and support, foreclosure and debt collection.

• Only 12 states require court staff to disclose that court fees can be waived for those who can’t afford to pay.