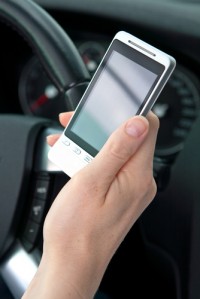 It isn’t just drivers who text behind the wheel who run the risk of accidents and expensive lawsuits.

In an apparent case of first impression in the state, a ruling last month by a Pennsylvania judge says two men accused of texting a driver at the time of a fatal motor vehicle accident are properly included with her as defendants in the case, reports the Legal Intelligencer (sub. req.).

The decision follows a 2013 appellate ruling in New Jersey that recognized the same cause of action against third parties in motor vehicle accident litigation, but said it didn’t apply in the case at bar because the remote texter didn’t know the recipient of the messages was driving at the time.

While the knowledge requirement—which was also imposed by Pennsylvania Common Pleas Judge John Hodge in the Lawrence County case of Gallatin v. Gargiulo—sets a high bar that will make it difficult for plaintiffs to prevail in suits against third parties, it also opens “a can of worms,” defense lawyer Gary Stewart of Rawle & Henderson told the legal publication.

That’s because anyone who sends text messages could potentially be named as a defendant in such litigation. That would likely require the person to appear, retain counsel and participate in discovery before a lack of knowledge can be established, he said.

In it, Hodge points to both the New Jersey appellate decision and Section 876 of the Restatement (Second) of Torts, which provides for liability when one person acts in concert with another. Under Pennsylvania law, texting while driving is illegal.

Although it is not yet proven that either man knew the recipient of his texts was driving, the judge said the complaint adequately asserts a cause of action in the fact-pleading state by alleging (1) that the driver was texting, and hence distracted; (2) that the third party knew or should have known of this fact, and that the texts were likely to be read behind the wheel; and (3) that the third party aided and abetted the driver’s violation of motor vehicle law.

Attorney Skippy Weinstein of Morristown, New Jersey, represent the plaintiffs in the distracted driving case that won the appellate ruling in that state. He told the Legal Intelligencer that he received calls from lawyers around the country after the decision was publicized and knows of new filings in his home state since then that assert text-related claims against remote third parties.