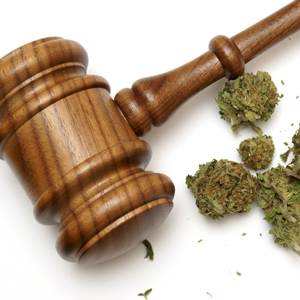 The Wisconsin Supreme Court ruled 4-3 Tuesday that a woman convicted in a plot to smuggle marijuana to the state from Oregon should be allowed to practice law.

The court said Abby Padlock, a University of Wisconsin law grad, had presented significant evidence of rehabilitation, and she should be admitted to the bar, even though she previously “minimized her misconduct.”

Law360 and the Associated Press have coverage, while the Legal Profession Blog posted highlights from the June 29 decision.

The Wisconsin Board of Bar Examiners had declined to certify that Padlock had the character and fitness for bar admission. The board said Padlock had underreported, in a misleading manner, the details of her arrest.

Padlock was 24 years old when she agreed to smuggle marijuana with a friend, so she could afford to work internationally as a language instructor. Officers stopped the pair in Minnesota in 2015 and found 114 pounds of marijuana in their vehicle. They found $30,000 in a follow-up search of Padlock’s home.

Padlock was charged with two drug felonies. She was offered a deferred prosecution agreement, and the felony charges were later reduced to one count of misdemeanor marijuana possession. She received a stay of adjudication, was fined $1,000 and sentenced to three days in jail and two years of probation. The charge was dismissed when she completed her probation.

When Padlock applied to law school, she reported that she had been given a stay of adjudication, and the charges against her had been dismissed. That was inaccurate because she was still on probation, and the charges had not yet been dismissed. Padlock didn’t report the amount of marijuana that was discovered, the initial felony charges that she faced, and the forfeiture of the $30,000.

Padlock spoke openly about her conviction with colleagues and faculty while in law school. The University of Wisconsin Law School learned the details of Padlock’s criminal offense when it conducted a background check needed to participate in a law school program.

The University of Wisconsin Law School imposed no discipline and allowed Padlock to complete school. She was warned, however, that the incident could affect her prospects for gaining bar admission.

In her initial application for bar admission, Padlock said she drove from Oregon to Wisconsin with marijuana in her car, she was charged with possession of marijuana, and the final disposition was a stay of adjudication and dismissal of the charges. She amended her bar application to provide more information after more inquiries by the Wisconsin Board of Bar Examiners.

Two law professors testified on Padlock’s behalf during an evidentiary hearing before the board. In her own testimony, Padlock revealed that she also participated in another illegal drug delivery two weeks before she was caught.

The Wisconsin Board of Bar Examiners had denied admission after finding that Padlock “consistently neglected to acknowledge the seriousness and the breadth of her actions to any one body or institution.” The board said she “selectively provides information about her criminal history in dribs and drabs” and “lies by omission.”

The state supreme court said the board gave undue weight to Padlock’s late disclosure of that $10,000 drug run and wholly discounted the law professors’ character testimony.

“This was not an easy case,” the state supreme court said. But denying bar admission because of disclosure shortcomings “is simply too harsh a penalty under the circumstances presented.”