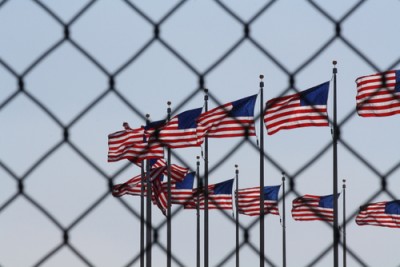 The Trump administration announced in a draft notice Monday that it would expand fast-track deportations.

People targeted for the fast-track procedure are those who illegally crossed the border and don’t have a pending asylum case or immigration court proceeding, report the Washington Post, Politico and the New York Times. The new policy expands fast-track deportation—deportations that bypass immigration judges—to people anywhere in the United States and to people who have been here for up to two years.

A 1996 law authorizes the deportations, but a 2004 regulatory change previously applied the law only to immigrants who were apprehended within 100 miles of the border and who have been in the country less than two weeks.

The new rule takes effect Tuesday when it is published in the Federal Register.

Immigration officers, rather than immigration judges, will make deportation decisions under the fast-track policy, according to David Leopold, a Cleveland immigration lawyer and former president of the American Immigration Lawyers Association.

When immigrants indicate that they fear persecution or torture in their home countries, asylum officers will conduct interviews to determine whether the immigrants have a credible fear that could entitle them to asylum, according to the notice.

Immigrants will have difficulty proving that they have been in the United States for two years because, by definition, they don’t have legal immigration documents, Leopold told the Washington Post. The policy “is going to apply to a huge swath of people,” he said.

The American Civil Liberties Union will quickly sue to end the policy, according to a statement by Omar Jadwat, director of the ACLU’s Immigrants’ Rights Project. “Under this unlawful plan, immigrants who have lived here for years would be deported with less due process than people get in traffic court,” Jadwat said.

The American Immigration Council also said it would sue. Royce Murray, a managing director of the American Immigration Council, told the New York Times that the expanded fast-track deportations are “a pile-on” following an announcement earlier this month on new asylum restrictions. Those restrictions bar immigrants who cross the southern border from seeking asylum unless they apply for asylum in at least one country that they pass through on their journey to the United States.

Murray said the need to prove two years of residence makes the fast-track deportation expansion a “national ‘show me your papers’ law.”

Clarified July 23 at 11:02 a.m. to state that the 1996 law allows deportations for people up to two years, but previous administrations limited the law to people apprehended within 14 days.