President Donald Trump has filed a lawsuit against Rep. Elijah Cummings, D-Md., chairman of the House Committee on Oversight and Reform, to block a subpoena sent last week seeking information about his finances.

The suit, filed Monday, which also names the committee’s chief investigative counsel Peter Kenny as a defendant, requests a court order to prevent Trump’s accounting firm Mazars USA from complying with what his lawyers call an improper use of subpoena power. The Washington Post, Politico, CNBC and Fox News have coverage.

Trump’s filing in federal court in Washington, D.C., claims that “Democrats are using their new control of congressional committees to investigate every aspect of President Trump’s personal finances, businesses and even his family.”

Cummings’ subpoena requested years of financial documents and related materials from Mazars about Trump, his trust, the Trump Organization, the Trump Corp., Trump’s holdings company, the Trump Foundation and the Trump International Hotel, according to CNBC. 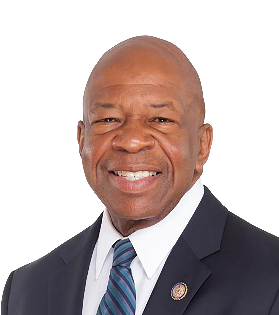 Rep. Elijah Cummings. Photo from the House Committee on Oversight and Reform.

According to Trump’s complaint, “Chairman Cummings requested this information because Michael Cohen—a felon who has pleaded guilty to lying to Congress—told the House Oversight Committee that the president had misrepresented his net worth while he was a private citizen. The committee, according to Chairman Cummings, now needs to ‘investigate whether the president may have engaged in illegal conduct.’ ”

The committee is investigating allegations made by Cohen—Trump’s former lawyer and fixer—in February that Trump inflated his worth to mislead his lenders and insurers. Cohen will report to federal prison May 6 after pleading guilty to lying to Congress about plans to build a Trump Tower building in Moscow.

ABA Journal: “Legal experts weigh in on Trump’s Cohen comments and whether they amount to witness intimidation”