Accuser gets $1.7M from UC Berkeley in settlement over unwanted touching 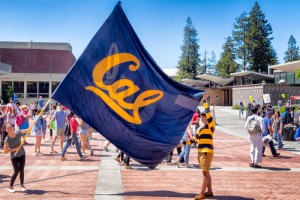 Updated: The University of California at Berkeley has reached a settlement with its former law dean and an executive assistant who claimed unwanted touching by the dean and a lack of appropriate action by the school.

The deal resolves tenure proceedings against the former dean, Sujit Choudhry, and the sexual harassment suit filed against the school and Choudhry by the assistant, Tyann Sorrell, report the Recorder (sub. req.), the Daily Californian and the Associated Press.

Law.com reported Tuesday that the agreement (PDF) called for Sorrell to be paid. $1.7 million. Law.com reports that the settlement agreement from the University of California-Berkeley via a public records request.

Choudhry resigned as law dean in March 2016 and is currently performing administrative duties as a tenured professor. He will continue performing those duties until the end of the school year. Then he will remain a tenured professor on unpaid sabbatical until spring of next year, and will have full use of nearly $100,000 in research funding, according to the Daily Californian. He will resign on May 31, 2018.

Choudhry had maintained the touching wasn’t sexual. According to the settlement, university regents and officers may not state that Choudhry acted with sexual intent or that he committed sexual assault, and may not state that he poses a risk to faculty, students or staffers.

Choudhry, who is of Indian origin, had filed a race discrimination suit that claimed the school treated him more harshly than other professors accused of sexual harassment, but he later dropped the suit, according to the Recorder.

Sorrell had praised the school for addressing sexual harassment in a statement included in the university’s press release on Friday, Law.com (sub. req.) reports. On Saturday, however, Sorrell released a statement saying the university’s settlement with Choudhry “insults all who suffer harassment at the hands of those with power and privilege.”

Sorrell’s lawyer told Law.com that his client drafted the original statement before she learned about the settlement details.

Updated at 3:20 p.m. to include new information from Law.com. Updated April 18 to report the settlement amount between UC-Berkeley and Sorrell.