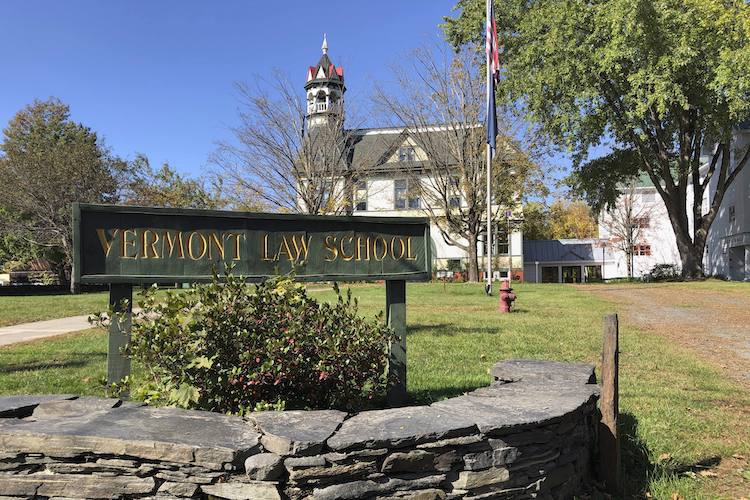 The Vermont Law School’s plan to conceal an artist’s murals behind a wall of acoustic panels does not amount to a destruction or modification banned under the Visual Artists Rights Act, a federal judge has ruled.

Chief Judge Geoffrey W. Crawford of the District of Vermont ruled against artist Samuel Kerson in an Oct. 20 decision, report Reuters and Law360.

Kerson had sued to stop plans to conceal his murals depicting the fight against slavery and the Underground Railroad in Vermont.

The 1993 murals are painted on two Sheetrock walls of the law school’s Jonathan B. Chase Community Center. The school said it wanted to cover the murals after alumni and students raised concerns that their depictions of Black bodies are cartoonish and offensive.

The law school plans to cover the murals by building a wooden frame around them and covering the frame with acoustic panels. Neither the frame nor the murals would touch the artwork. The school had offered to let Kerson remove the murals, but doing so would damage them.

The Visual Artists Rights Act gives artists the right to attribution and integrity of their visual work. The right of integrity allows artists to prevent deforming or mutilating changes to their work that would prejudice their reputation. Artists also have the right to prevent destruction of visual art of a “recognized stature.”

Kerson said concealing his murals would mark his art as offensive and unworthy for viewing and damage his standing as an artist committed to progressive causes. Kerson raised concerns that the acoustic panels could create an acidic atmosphere and trap moisture, which could damage the murals.

He also claimed that the school’s plan to cover the murals is in itself a distortion, mutilation or modification of his work that violates the VARA.

Crawford disagreed, ruling that concealment is not a modification or a destruction of the artwork.

“For purposes of the VARA,” he wrote, “concealing the murals behind a wall of acoustic panels is the same as removing a painting from a gallery and storing it out of public view. In either case, the art has not been ‘destroyed.’”

He also said environmental damage is not a type of modification or destruction that an artist can seek to prevent under the statute.