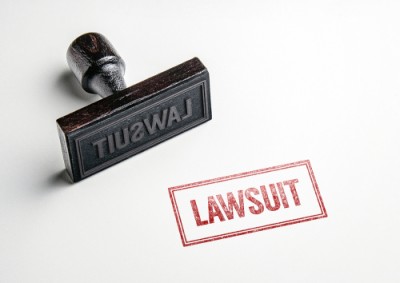 Vermont-based artist Samuel Kerson has filed a lawsuit against the Vermont Law School to prevent destruction of his murals depicting the fight against slavery and the Underground Railroad in Vermont.

The Dec. 2 lawsuit, filed in Vermont federal court, said the school plans to cover the murals with acoustic tiles. Any effort to remove the murals would require disfiguring them and cutting them into sections, according to the suit. The murals are painted on two sheet rock walls of the law school’s Chase Hall.

The suit seeks protection under the Visual Artists Rights Act, which amends copyright law to give artists the right to attribution and integrity of their visual work.

The suit said the murals have been the subject of public acclaim since they were created in 1994 and qualify as works of “recognized stature” entitled to protection under the VARA.

The law school announced that it would paint over the murals in July, after alumni and students raised concerns that its depictions are offensive, according to previous coverage by the Associated Press and Valley News.

Glenn Berger, chair of the Vermont Law School’s board of trustees, elaborated in a statement to Law360.

“The board is supportive of and sympathetic to the many students, faculty and staff and other members of the VLS community who find the mural offensive because of how it caricatures enslaved Africans specifically and casually stereotypes Black bodies in general,” Berger said.

Kerson is seeking an injunction preventing destruction or distortion of the murals during his lifetime and damages if the murals or destroyed or altered.

Kerson’s lawyer, Steven Hyman, told Law360 that the Vermont Law School campus is closed because of the COVID-19 pandemic, and the murals are still up.