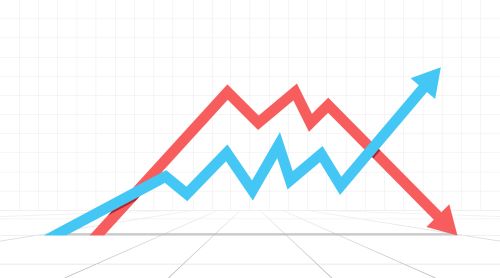 The possibility of cyberattacks is cited most often as a high concern for law firm business leaders, followed by risks caused by high associate salaries and general economic pressures, according to a report released Thursday.

Those concerns replaced competition for talent as the most cited high risk to profitability this year, according to the 2022 Law Firm Business Leaders Report from Thomson Reuters, the Center on Ethics and the Legal Profession at the Georgetown University Law Center, and the True Value Partnering Institute.

The report is available here.

The report is based on an October survey of managing partners, chief operating officers, chief financial officers and other business leaders at law firms. The survey garnered 50 responses.

The report noted that 2021 was “another record year” for law firms, based on many performance measures, but in 2022, “cracks began to appear in this generally positive facade.”

Law firms are competing for talent, facing higher expenses and seeing slowed demand in some practice areas, the report said.

Forty-two percent of law firm business leaders rated security breaches, data loss, hacking and ransomware as a high risk to firm profitability. Next most cited as carrying high risks were general economic pressures and associate salaries, each cited by 32% of the respondents.

The study follows two other reports on law firm financials published this week.

A survey of more than 120 mostly large law firms by Wells Fargo’s Legal Specialty Group found that law firm revenues increased 4.6% overall during the first nine months of 2022, down from 14.4% at this time last year. Expenses increased 12.8%, which led to a 7.3% decrease in net income.

“Firms are reluctant to shed recently recruited lawyers, but reliance on natural attrition and repurposing associates has not provided satisfactory results,” Wells Fargo’s Legal Specialty Group said in a summary of its survey results. “Thus, we’ve begun to hear of more demanding performance reviews to manage utilization. Formal layoffs do not yet appear to be a pervasive consideration.”

Another survey of 195 mostly larger U.S. and international law firms by Citi Global Wealth at Work’s Law Firm Group found that revenue increased by 4.1% through the first nine months of the year, according to a summary published by Law.com.

The “moderation in revenue growth” was largely due to a 1.2% decline in demand, according to the summary by officials with Citi Global Wealth at Work’s Law Firm Group.

“We continued to see a notable drop in M&A and capital markets activity in this volatile market, in contrast to the extraordinary performance of these practices in 2021,” the summary said. “We have also heard mixed views on litigation, and while firms told us they expected bankruptcy and financial restructuring work to pick up in the latter half of this year, we have yet to see a significant uptick at this stage.

“On the other hand, private equity and investment management practices have been busy and we hear that regulatory and intellectual property activity levels are strong.”