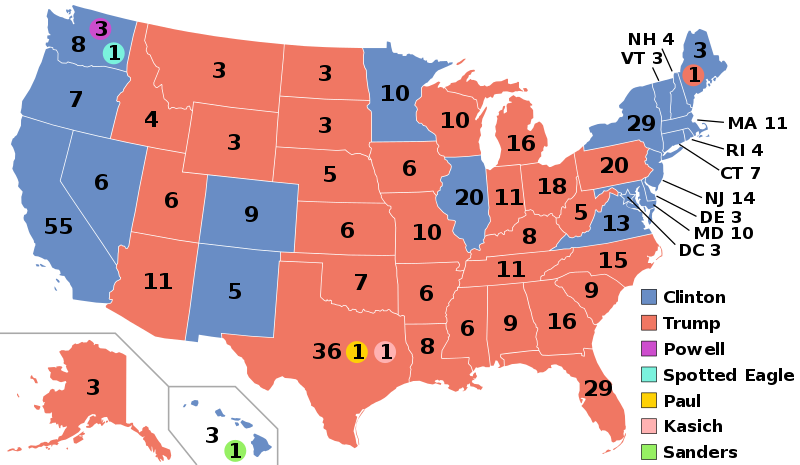 The Constitution provides that “electors” choose the president and vice president, while states determine how electors are selected, the suits explain. Forty-eight states and Washington, D.C., have winner-take-all systems for choosing electors in which the political party of the leading candidate selects every elector. The system magnifies votes by those who chose the winner and discards the votes of others.

The system allows candidates to win the election while losing the popular vote.

The coalition is led by David Boies of Boies Schiller Flexner and the League of United Latin American Citizens, as a result of a crowdfunding campaign launched by Harvard law professor Lawrence Lessig. A press release announced the suits on Wednesday.

“Winner-take-all is not part of the Constitution,” Lessig writes in a post at Medium.com.

The suits were filed in the solidly Republican states of South Carolina and Texas and the solidly Democratic states of Massachusetts and California. Law.com, Reuters and Bloomberg News have coverage.

Plaintiffs in the suits include LULAC, actor and comedian Paul Rodriguez, and former Massachusetts Gov. William Weld, who was the Libertarian Party’s 2016 vice presidential nominee. Support for the suits was launched by Lessig’s group, EqualCitizens.US.