Zoom agrees to $85M settlement in litigation over privacy and 'Zoombombings' 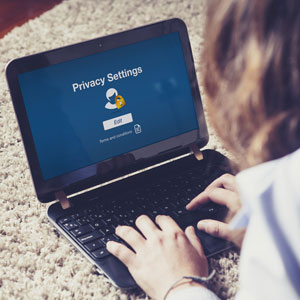 The litigation alleges that Zoom shared users’ information through third-party integration with social media companies such as Facebook. It also claims that Zoom violated security promises related to “Zoombombings” by hackers who disrupted meetings.

Zoom agreed to the preliminary deal in 14 consolidated class action complaints filed in federal and state courts, according to a memorandum of points and authorities filed Saturday in conjunction with the proposed settlement.

Under the settlement, class members who paid for an account would receive 15% of the money that they paid to Zoom for their core Zoom meetings subscription or $25, whichever is greater. Other users could make a claim for $15. The amounts could be adjusted up or down, depending on claim volume and other expenses.

The settlement applies to those who used Zoom from March 30, 2016, to the date of the settlement.

The class counsels anticipate seeking attorney fees of up to 25% of the settlement fund, which amounts to $21.25 million, according to the legal memorandum.

The judge presiding in the case is U.S. District Judge Lucy Koh of the Northern District of California. She ruled in March that Zoom is shielded by many of the Zoombombing claims by Section 230 of the Communications Decency Act, which protects companies from liability for content posted by others, Law360 and MediaPost reported at the time.

Zoom can’t be sued for failing to moderate harmful Zoombombing content, but it can be sued for breaching contractual security duties regarding the content, Koh had concluded.

NPR published this statement by a Zoom spokesperson: “The privacy and security of our users are top priorities for Zoom, and we take seriously the trust our users place in us. We are proud of the advancements we have made to our platform, and look forward to continuing to innovate with privacy and security at the forefront.”

The case is In re: Zoom Video Communications Inc. Privacy Litigation.