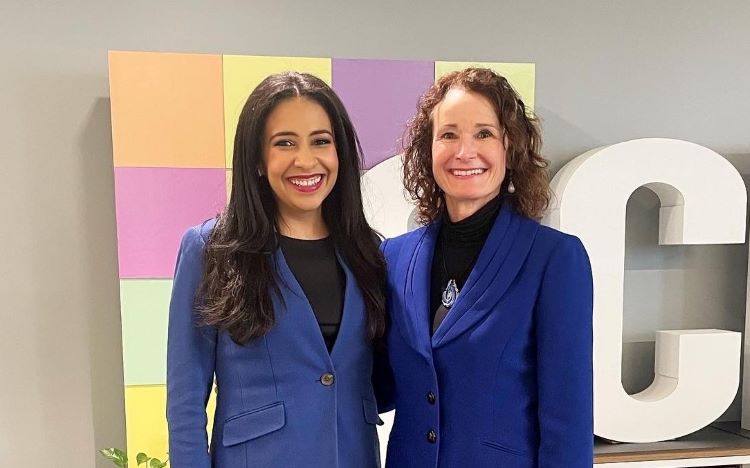 As the new executive director of the Illinois Supreme Court Commission on Professionalism, or 2Civility, attorney Erika Harold wants to use her platform to shine a light on workplace bullying.

For Harold, the issue is personal. When she was a high school student in Urbana, Illinois, she says some of her classmates bullied her using racial slurs and sexually harassed her so badly she had to move to another school.

Though she has credited the experience with hardening her resolve to pursue a career as a lawyer, she also acknowledges it was a time when she doubted herself and felt powerless.

Harold hopes she can use her new platform to highlight workplace bullying in the legal profession and the “importance of ensuring that people are treated with respect and dignity within their workplaces.”

“That is core to professionalism and civility. It also helps to promote inclusion when people are able to come to work and to feel respected and able to do their best work without fear of being targeted,” says Harold, who had been a commissioner at 2Civility since 2017.

According to its website, 2Civility promotes integrity, professionalism, civility, and diversity and inclusion among lawyers and judges in Illinois. The commission’s focus on civility comes at a time when pandemic-related stresses are boiling over with violent confrontations on airplanes and in other public spaces.

“Part of civility is being able to engage with people who may disagree with you, but being able to do so in a way that still allows for dignity for the other person while you maintain effective advocacy for your client or your position,” Harold says.

A 2021 commission survey on civility in the profession found that 89% of attorneys said their interactions with other lawyers were civil, and in comparison to a 2014 survey, there were 31% fewer incidents of incivility.

Harold says those numbers show there is more work to be done. “What we would like to highlight going forward is the importance for lawyers to be allies for other lawyers when they see that incivility occurring,” she says.

Harold has had a colorful career, using her platform to advocate for the causes she believes in. She was Miss America 2003 and used the high-profile position to speak out against bullying and in favor of sexual abstinence. She twice ran for political office as a Republican but ultimately was unsuccessful in her 2014 bid for a seat in the Illinois legislature and her 2018 campaign for state attorney general.

“The experience I would draw is, anyone who engages in the political arena understands the importance of being able to disagree with people in a way that maintains civility. Whether you’re a lawyer, whether you’re in politics, whether you’re in entertainment, you have an obligation to maintain civility,” Harold says.

The new executive director hopes to build on the work the commission has done with its lawyer-to-lawyer mentoring program; the Jumpstart preparation program, which helps acclimate first-year law students from underrepresented groups; and its CLE programs.

Another continuing focus of the commission is on mental health and wellness. As the pandemic stretches into its third year, lawyers who already face long hours in high-stress jobs may feel stretched to breaking point.

“Those are exactly the circumstances that exacerbate incivility where people lash out at those around them,” Harold says.

Harold takes over from Jayne Reardon, who had served as the organization’s executive director since 2006 and is a 2021 Legal Rebel. Reardon calls Harold an advocate for “civil discourse and respect among all people, regardless of gender, background and sexual identity.”

She adds, “Within seconds of interacting with Erika, you are impressed with her authenticity, her empathy, and her caring. And that’s an attitude that the commission seeks to promulgate in all of our initiatives, educational or otherwise.”

Reardon grows tearful as she talks about departing a job that has “fed my heart and soul.” She calls the end “bittersweet.”

“The executive director serves at the pleasure of the commission and the Illinois Supreme Court. I’ve been here since the beginning of the commission, and I decided for personal and professional reasons that it was time to go,” Reardon says.