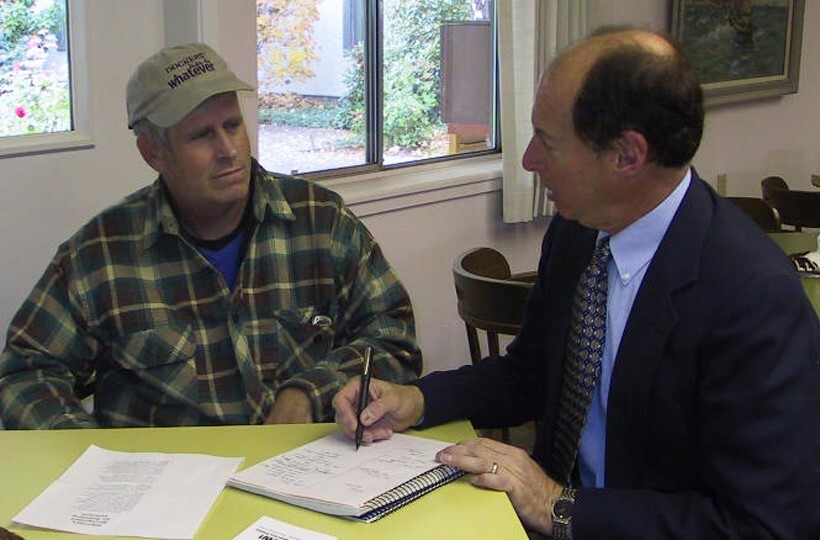 Throughout Laurence Kahn’s career as a lawyer who prosecuted consumer fraud and resolved countless disputes, he always believed a big part of his job was helping people with their problems. In 2004, that attitude sparked a thought one night as Kahn lay in bed.

“This came to me from within, in the middle of a night,” he recalls. “The whole concept was literally there in an instant.”

The idea? Kahn wanted to create a nonprofit agency where people could go for help with their problems—their legal difficulties and just about anything else. Kahn wouldn’t worry about charging any fees. As he puts it, “Why not help people first?”

That was the beginning of the Help Now! Advocacy Center, a nonprofit agency Kahn founded in Medford, a city of 80,000 people in southern Oregon. Over the past 17 years, the organization has guided more than 8,000 individuals and families in the Medford area through personal crises: tenants facing eviction; victims of consumer fraud; and people who simply don’t know where to turn with questions such as how to pay for needed orthodontal care or a new battery for their wheelchair—or even how to resolve a dispute with a neighbor.

“There is a tremendous unmet need between what the legal world and law firms can do … and what laypeople can do for themselves when they’re in a crisis,” Kahn says. “And that’s the void that we’re filling.”

While Help Now focuses on serving southern Oregon, it sometimes gets calls for assistance from other parts of the country. Kahn is now seeking donations and more volunteers—especially lawyers, both active and retired—as he prepares to expand Help Now’s services nationwide.

Since closing its brick-and-mortar office in September, Help Now is functioning as an entirely remote operation. The people who answer Help Now’s hotline come from a variety of professions, but Kahn says lawyers are well-suited to the task of helping people resolve problems.

“When they hear the client, they can hone in on what is the true issue much quicker,” he says. “The other thing is the ability to negotiate and persuade. Most legal cases are settled out of court. … Those are skills that are immediately transferable to this type of work.”

Like a legal aid group, Help Now serves people who can’t afford to hire a lawyer. But unlike those groups, it doesn’t provide legal representation. If a situation does require legal action, Help Now refers clients to outside lawyers.

Negotiation was a hallmark of Kahn’s legal career. After growing up in the Chicago suburb of Glencoe, he worked as a schoolteacher—first in the Chicago area and then in Philadelphia, where his students came from poor minority neighborhoods.

“My relationship with the students was one of mutual respect,” he says. “I talked with gang members and some students that might be considered rough or problem students. I never had any problem with any of them.”

But Kahn says he didn’t like dealing with school bureaucracy, so he looked for another career path where he could help people. That led him to the University of Michigan, where he earned a law degree.

“I wanted to do people-type law—working with people on their problems,” recalls Kahn, who is now 73 and retired from practicing law.

In 1977, he was an attorney for the Federal Trade Commission in Washington, D.C., prosecuting cases of false advertising and defective products. In 1981, he joined the D.C. law firm Sherman, Meehan & Curtin, handling medical malpractice, domestic relations and personal injury cases. 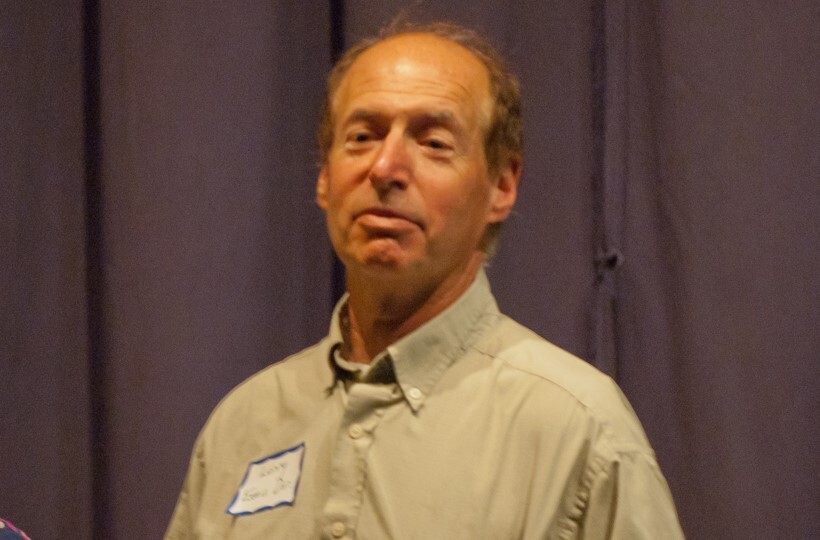 Kahn says he often suggested settlements soon after he began working with a client.

“I can have somebody walk into my office, and at the initial consultation, I can pretty much predict where that case was going to wind up,” he says.

Kahn was trying to avoid unnecessary litigation, but he says other attorneys typically said, “Oh, no, no, we can’t do that. We have to go through discovery, etc.”

And yet, after going through all of that, the result often was a settlement very similar to what Kahn had originally proposed.

Frustrated by such experiences, he started his own firm, Negotiated Solutions, in 1991 in Washington, D.C.

“I wanted to form a firm that had no incentive to do anything other than try to resolve legal matters out of court,” he says. “And I had nine other attorneys, all of whom I vetted to make sure they were good negotiators, working for me.”

The firm usually resolved cases in two to three weeks—a speed that saved money for clients. If the opposing side refused to settle, Kahn’s firm referred the matter to outside lawyers, who would handle the actual litigation.

“We still had the [leverage] that if you don’t settle with us, we’ve got attorneys to whom we can refer these [cases].”

Kahn says he realized he didn’t always need lawyers to handle the problems clients brought to the Negotiated Solutions firm.

“I had the thought … ‘I could train laypeople who are smart and resourceful to do the work.’” Kahn took a similar approach after he moved to the West Coast and launched Help Now! Advocacy Center.

Kahn says he felt a deeper understanding of the problems people deal with when they face difficult situations after he helped his own son, who has schizophrenia and was facing eviction after he’d accidentally left the oven on in his apartment.

“My speaking up for him prevented him from falling off the cliff,” Kahn says. “He’s living alone now and actually doing much better living independently.”

Medford resident Bridgette Flores called Help Now when her landlord tried to evict her from her apartment because some neighbors had complained about her—saying, for example, that she was making too much noise.

“None of the complaints were true,” says Flores, 65, who is disabled and has difficulty walking.

“I called Larry, and right away, he made a phone call. He spoke to the people, and they just dismissed what they had said to me. And they said that they were sorry.”

Since then, Flores has called Help Now for assistance with other situations, including when the agency found a California attorney to represent her in a dispute over her late father’s estate. Flores says Kahn is dependable.

“He’s so easy to talk to. He’s so knowledgeable. And he has lots of empathy and just understanding and knowledge.”

Dennis Goldstein, 73, a lawyer who’d worked at the Atlanta Legal Aid Society before moving to Oregon, was volunteering for Help Now in 2009, when the agency uncovered a scam. Some door-to-door salespeople had used bogus tests to make Latino families think their drinking water was unsafe. After buying a $5,000 water-filtration system, these families were hit with exorbitant finance charges.

“They came to us,” Goldstein recalls. “And we realized this was not just an individual issue, but it was affecting a huge part of the community. … We identified a bigger problem.” Help Now says it succeeded in pressuring the merchants and finance companies to reimburse over $250,000 to more than 60 families.

Help Now doesn’t provide cash assistance, but it can help people who are having trouble paying for their needs.

“In one case, this boy needed what was known as functional orthodonture—not cosmetic,” Kahn says. “He literally would have had trouble chewing and consequently digesting food. We persuaded a local orthodontist to give him that service free of charge. The orthodontist said, ‘At such time as the father gets a job and is able to pay, let me know. But for now, don’t worry about it.’”

Since last spring, as the COVID-19 pandemic wreaked havoc in American’s lives, Help Now has seen a growing need for its services.

As Help Now works to expand, Kahn says officials at local United Way chapters around the country have eagerly asked him, “How soon can you bring this into our area?”

Thanks to donations, Help Now has acquired a national vanity phone number for its hotline—855-4-CRISES—and a cloud telephony system, which makes it easy for lawyers or other volunteers to answer hotline calls from anywhere in the United States.

But to truly go national, Help Now needs to hire development staff who can bring in sustainable funding; they’re seeking to raise $500,000 to $1 million to hire key staff, according to Kahn and his newly hired executive director, Ryan Roth, while advocates will remain volunteers.

“We’re going to roll this out area by area or state by state,” Kahn says. But doing that will require more volunteers to answer the hotline. “We need a lot more people to do that.”