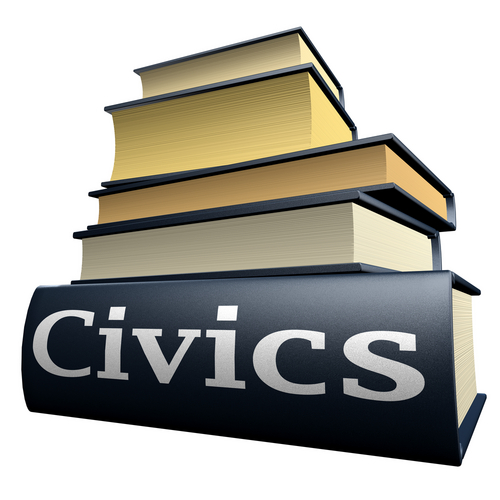 With the highly anticipated midterm elections about six months away, the ABA is offering some insight into the minds of potential voters.

The ABA 2022 Survey of Civic Literacy found that 80% of 1,000 respondents from around the country favor expanding the hours at polling places. While 78% support increasing the number of polling places in their districts, only 59% want to increase the use of ballot drop boxes and 55% want to institute Election Day voter registration.

Additionally, 79% of respondents said they support requiring people to provide identification before voting.

The ABA’s fourth annual survey of civic literacy, which assesses the public’s basic knowledge about U.S. democracy, included additional questions about voting as well as questions related to racial justice. According to an ABA press release, it results were released Friday to mark Law Day, a national event established by President Dwight Eisenhower in 1958 to recognize the country’s commitment to the rule of law.

“This year’s Law Day theme, ‘Toward a More Perfect Union: The Constitution in Times of Change,’ recognizes that the Constitution is a dynamic document,” ABA President Reginald Turner said Friday as he kicked off a live online event highlighting survey results on voting rights and access. “It outlines a blueprint for government, delegates power, articulates rights and offers mechanisms for change. For the Constitution to be effective, the public must be aware of its provisions.”

“That’s where the ABA Civic Literacy Survey fits in,” Turner continued. “The results you hear about today will be used to promote civic learning and illuminate public attitudes toward critical issues in American democracy.”

Turner was joined by a panel of experts, including Yamiche Alcindor, Washington correspondent for NBC News and moderator of PBS’ Washington Week, who guided the conversation. Other panelists were Amir Badat, manager of the Voting Rights Defender and Prepared to Vote Projects at the NAACP Legal Defense and Educational Fund; Wendy K. Mariner, former chair of the ABA Section of Civil Rights and Social Justice and founder of the Task Force on Fair Elections and Voting Rights; and Phillip J. Strach, a litigator who represents both plaintiffs and states in redistricting cases. A video of their discussion will be available to watch later.

Among the questions posed to panelists, Alcindor asked Mariner for her thoughts on why many states have passed laws that restrict access to voting, despite seemingly strong public support for expanding poll locations and their hours.

“A lot of this, in my opinion, echoes concerns that have been raised in the Constitutional Convention of 1787, after the Civil War, during Jim Crow, about ensuring the integrity of elections,” Mariner said. “That is a phrase that is often used in an effort to limit access to the ballot among people who would vote but perhaps were not favored by the elite, predominantly the white male elite, who wish to preserve their economic position and their political power, not to be too blunt about it.

“But these are much more subtle, so that making access to the ballot slightly more difficult, slightly more inconvenient, slightly more complicated, with all of the potential obstacles, does in fact discourage people from voting.”

“The debate has become somewhat convoluted, and part of it was the, frankly, dumb rhetoric coming out of 2020 about stolen elections,” Strach said. “At the same time, during the COVID-era elections, you had a lot of state officials changing the rules in the middle of an election. I think that confused people and it made people concerned.”

Strach added that the ongoing debate over photo ID requirements also contributes to low confidence in the election process. He cited survey respondents’ significant support for the use of photo IDs and also said he hasn’t seen much evidence that requiring them suppresses voter turnout.

“I think photo ID laws need to have robust exceptions to make sure no one is denied the right to vote,” Strach said. “But I think there are a lot of people out there, they go to the polls and don’t have to show an ID, and that concerns them.”

Badat said studies have shown that some minority communities have limited ways to obtain IDs, particularly in states that have closed some of their driver’s license offices.

“There is among the public significant acceptance of photo ID laws, but there are still risks associated with them that we have to address and we have to ensure we think about when we’re thinking about election administration,” Badat said.

In its section on voting, the ABA 2022 Survey of Civic Literacy polled respondents on their past participation in elections.

When asked how often they vote, 59% said always, 29% said most of the time and 10% said occasionally. Of those who vote regularly, 68% feel it is their civic responsibility; 58% think elections matter to the future of our country; and 53% believe their vote makes a difference.

Forty-two percent of respondents who vote infrequently said they do so because the candidates don’t motivate them. An additional 31% don’t believe their vote makes a difference, and 27% need to work or take care of other responsibilities instead.

Alcindor asked Badat if he was surprised that another 14% of respondents said they vote infrequently because they don’t trust the results.

Badat said it didn’t surprise him, given the concerted campaign to undermine faith in the results of the 2020 presidential election. But, he said, the relatively low percentage also shows the success of state-level election officials who have since worked to restore faith in the voting process.

“That is critically important, for those elected officials, for election administrators at the state and local level, to continue to hammer that point—that we saw very, very limited circumstances in which voter fraud or election fraud occurred in 2020,” Badat said. “That is consistent with how elections have occurred in the U.S. for decades.”

Mariner, in response to a query from Alcindor on these results, contended that if people live in a district where one party has always had the majority, they won’t feel like their vote makes a difference. She added that the ABA is educating the public about redistricting and why it is a “critical prerequisite” to making every vote count in an election.

“Its election administration standards and guidelines are the gold standard for evaluating access to the vote and conducting elections fairly and securely,” Mariner said. “My Section of Civil Rights and Social Justice has a program that we are initiating to train lawyers to help grassroots organizations that need volunteers to oversee redistricting and the way in which elections are conducted.”

Along with providing their thoughts on polling hours and other potential changes to the election process, survey respondents weighed the possibility of establishing a federal holiday for voting in federal elections. Sixty-six percent strongly support or support the idea, while 26% strongly oppose or oppose it.

This idea was also popular among the panelists.

“It would decrease the cost of voting for voters across the country, and what I mean by cost of voting is the cost in terms of time, money, travel, etc., that voters must incur in order to vote,” Badat added. “I think that’s a helpful framework for us to think about, in not only making Election Day a federal holiday but any potential law or policy that impacts how we vote.”

As in past surveys, the ABA 2022 Survey of Civic Literacy again found distinct divisions based on age, race and ethnicity when questioning respondents about their views on racial justice.

In general, 52% said they strongly agree or agree that there are racial biases built into the rules, procedures and practices of the justice system. While 63% of respondents ages 18-34 said there is racial bias, only 40% of respondents 65 or older agreed with this statement.

The ABA’s survey shows similarly divided responses to its query about whether “the nation’s judicial system adheres to the rule of law, under which all individuals are treated equally in the eyes of the law.” In total, 55% of respondents strongly agreed or agreed with this statement. Even though 65% of respondents 65 or older agreed, only 46% of respondents ages 18-34 were in agreement.

As in previous years, the ABA 2022 Survey of Civic Literacy included several multiple-choice questions based on the current U.S. Naturalization Test.

According to its key highlights, most respondents answered basic civics questions correctly. Ninety-two percent recognized “We the People” as the first three words of the U.S. Constitution, and 87% identified the president as the commander in chief of the military. Additionally, 86% understood the term “rule of law” means no one is above the law.

The majority of respondents also correctly answered other questions about U.S. democracy. Eighty-one percent accurately identified the U.S. Supreme Court’s duty to act as the ultimate authority in interpreting the Constitution. And 70% correctly named the speaker of the U.S. House of Representatives as next in line for the presidency if both the president and vice president can no longer serve in the role.

The ABA’s survey results show that respondents weren’t as confident about the rights and responsibilities of U.S. citizens. Only 53% recognized that holding a federal elective office is a right reserved just for citizens. Twenty-two percent mistakenly thought it was freedom of speech.

Similarly, 54% knew that serving on a federal jury is a responsibility only for U.S. citizens. Twenty percent incorrectly said it was paying federal income tax, and 17% said it was obeying the law.

Updated at 7:56 a.m. to reflect change in panel participants, at 9:02 a.m. to announce that the video will be available later and at 2:30 p.m. to include comments from the panel.

ABAJournal.com: “Americans are divided by age and race on the fairness of the justice system, ABA civics survey finds”