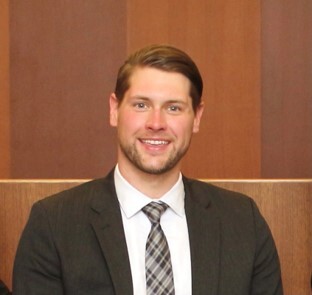 Lawyer Derek Bolka credits an American Bar Association internship for kick-starting his career at Accenture, an information technology services company, where he is now an inaugural fellow of a legal program for lawyers with disabilities.

Bolka, 37, was attending the Chicago-Kent College of Law at the Illinois Institute of Technology when he applied to intern at Accenture through a partnership with the ABA. Since 2017, the ABA and Accenture have offered summer internships to first-year law students with disabilities. To date, the program has taken 11 ABA interns over five summers.

During his first year of law school, Bolka says he was in an accident that resulted in him being a paraplegic and in a wheelchair. He says his time at Accenture sharpened his interest in technology and the law. He says he would ultimately like to work as an in-house counsel at the corporation.

Bolka graduated in 2020, and after two internships at Accenture in 2018 and 2019, he became the first fellow of Accenture’s Chad Jerdee Fellowship in February. It is a new legal program separate from the ABA created for lawyers with disabilities.

Bolka says the internship and now fellowship helped him gain experience in contract management. During the fellowship, he has performed the same duties as full-time employees. Accenture offers programs and affinity groups, also called employee resources groups, for employees with disabilities, he adds.

“It is not simply checking a box at Accenture, but it was more that they focus on the value that diversity brings to the company,” Bolka says. “I didn’t even need to request any special accommodations.”

Accenture says it employs more than 26,000 people with disabilities in 52 countries and has mentoring programs in 45 of them. According to a company fact sheet, it adapts workspaces in its offices and uses technology to make sure that there are reasonable accommodations for its employees.

Interns in the program receive mentors and get to shadow attorneys on projects, according to the ABA Commission on Disability Rights. Among other things, mentors help interns polish their resumés and work with them on interviewing techniques and networking.

Denise Avant, chair of the ABA Commission on Disability Rights and first vice president of the National Federation of the Blind of Illinois, says the ABA’s partnership with the company stems from the ABA’s goal to “eliminate bias and enhance diversity” in the legal profession.

The Chad Jerdee Fellowship is a paid program that runs for one year. Fellows can earn a full-time job at the company based on their performance during the program. Accenture created the program to honor the legacy of Jerdee, who lost his leg and had a close relationship with the ABA Commission on Disability Rights. He is now retired but was the company’s former general counsel.

Avant underlines the importance of the program for law students with disabilities. She says Accenture is dedicated to recruiting, hiring, retaining and promoting lawyers with disabilities. Even if Bolka does not secure a full-time job at Accenture, the experience he has gained will make him more competitive in the job market, she says.

“When you have a corporation like this who reaches out to partner with an entity like ours, that’s really important. They are willing to put their reputation on the line and create opportunities in order to have a diverse workforce,” Avant says. “They are recognizing the talent of all people, including people with disabilities. That’s where I think Accenture really shines.”