Before the pandemic, a hundred people would have been a good turnout for Patrick Krill’s in-person programs about lawyers’ mental health, substance use and personal well-being. In September, he led a remote offering with 900 attendees.

An attorney who is also a licensed and board-certified alcohol and drug counselor, he owns Krill Strategies, a consulting group focused on lawyers and mental health. He and others who do mental health work say lawyers are more anxious, stressed, depressed and burned out than ever, which was already a lot. The pandemic, however, may have lessened the stigma around attorneys seeking mental health services.

“That is one of the silver linings, and my hope is that will be a legacy of this period we take with us,” says Krill, who recently co authored an article titled “Stress, drink, leave: An examination of gender-specific risk factors for mental health problems and attrition among licensed attorneys.”

The article includes a survey of 2,863 lawyers, compiled during the pandemic. Out of the respondents, 25% of the women, compared to 17% of the men, thought about leaving the profession due to mental health concerns.

Also, in April the ABA published a study titled “Practicing Law in the Pandemic and Moving Forward: Results and Best Practices from a Nationwide Survey of the Legal Profession.” Authored by Roberta Liebenberg and Stephanie Scharf, they had input from more than 4,200 members, and found that respondents’ biggest stressors were worries about salary reductions, getting furloughed and job advancement, according to an ABA news release. 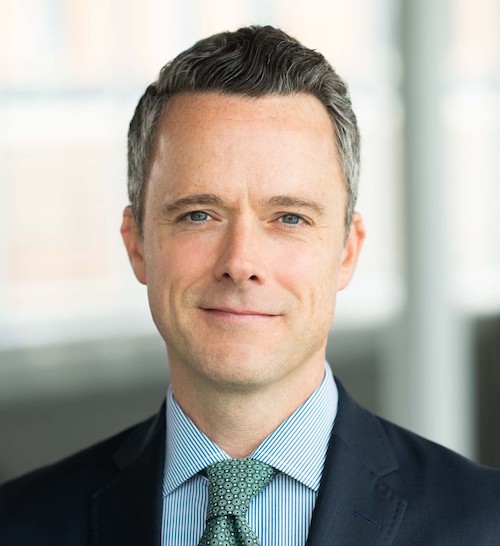 Additionally, many respondents, especially women with children and people of color, felt overwhelmed by work pressures, according to the study.

Another stressor for some is the idea of going back to a physical office; however, remote work can also cause significant pressure.

“This is exacerbating the overworking habits of a lot of attorneys, and some seem to be starting to lose it,” says Tish Vincent, chair of the ABA Commission on Lawyer Assistance Programs, or CoLAP.

Attendance increased for the commission’s annual conference, held remotely in November. They usually get around 220 people, but this year they had 271. Also, Vincent received feedback from state lawyers assistance program directors that they are getting more requests for programming on well-being and how to access services.

“When I speak at programs, I don’t need to ask ‘Who’s experienced stress and trauma?’ We all have,” says Laurie Besden, an attorney and the executive director of Lawyers Concerned for Lawyers of Pennsylvania.

In the past year, her office had a record-high number of helpline calls. Many callers appeared to have mental health challenges, but she says substance use can be a secondary issue.

“People are aware they are struggling. In order to survive and get through these tough and difficult times, people are consuming more alcohol and substances; some to self-medicate and others to numb the pain and discomfort of the pandemic,” she explains, adding that remote work could lead to people drinking more.

“Happy hour now starts at 2 p.m., and often, it is happening every day,” Besden adds.

According to Krill’s study, 55.9% of the female respondents screened positive for risky drinking, and 34% for hazardous drinking. Also, 34.6% of the women and 29.2% of the men, reported their drinking increased during the pandemic. The study found that women who reported an increase were seven times more likely to engage in risky drinking, and the men were nearly four times more likely.

When the pandemic started, the agency had what they refer to as “the COVID dip,” with fewer calls. But by June a steady increase started, says Uchiyama, a lawyer who is also a clinical and forensic psychologist.

The agency also had a large volume of calls around the winter holidays.

“The long-term nature of it has been wearing on people. There’s a lot more family conflict too—and political unrest. It’s kind of like a war; after a war, it’s never the same,” says Uchiyama, who thinks the stigma for getting mental health services is still high for lawyers.

In 2017, the ABA organized a Working Group to Advance Well-Being in the Legal Profession. It followed a 2016 study, also co-authored by Krill, which surveyed 13,000 lawyers and found that 36.4% of the respondents qualified as problem drinkers, and 28% experienced depression. Titled “The Prevalence of Substance Use and Other Mental Health Concerns Among American Attorneys,” the survey was conducted by the Hazelden Betty Ford Foundation and the ABA Commission on Lawyer Assistance Programs.

Other ABA efforts include a well-being pledge campaign, calling for employers to recognize substance use and mental health distress present significant challenges for the legal profession. Also, the ABA House of Delegates in 2021 approved a resolution to encourage courts, bar associations, legal employers and law schools to develop and make accessible resources that advance well-being in the legal profession.

“I think there’s an army of people out there bringing this message to attorneys any way they can, and we’ve been making some headway,” Vincent says. She adds that attorneys often want to believe they don’t need to take care of themselves, but “the pandemic has changed some things.”