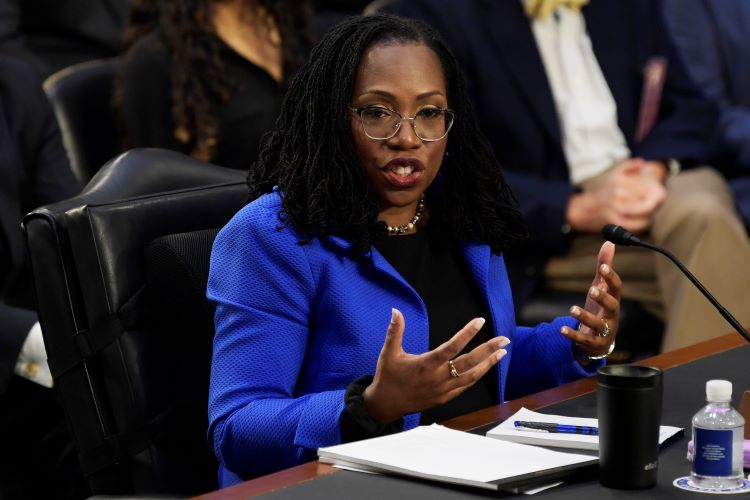 U.S. Supreme Court nominee Judge Ketanji Brown Jackson spoke about why it’s important to have diversity in the courts in response to a question Wednesday at her confirmation hearing.

Democratic Sen. Patrick Leahy of Vermont asked Jackson to speak about the issue. Jackson would become the first Black woman on the Supreme Court if she is confirmed.

One reason diversity is important, Jackson said, is because of its importance as a role model for the next generation. Jackson is already seeing the impact of her nomination. She said she has received a number of letters from parents who said how much her nomination has meant to their sons and daughters.

Jackson said diversity is also important because it builds public confidence in the system.

“The judicial branch, its force in our system, is the protection of the rule of law, which can only be done, essentially, with the consent to the governed,” Jackson said. “It can only be done if people in our society believe, decide and agree that they are going to follow what it is that courts decide. And so one of the reasons why having a diverse judicial branch is important is because it bolsters public confidence in our system. …

“When people see that the judicial branch is comprised of a variety of people who have taken the oath to protect the Constitution and who are doing our best to interpret the laws consistent with that oath, it lends confidence that the rulings that the court is handing down are fair and just, that everything has been considered, that no one is being excluded because of a characteristic like race or gender or anything else.”