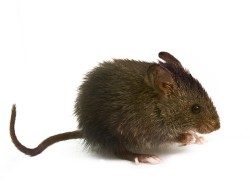 Los Angeles attorney Elizabeth Greenwood, who was diagnosed with flea-borne typhus in November, has filed a $5 million lawsuit against the city, arguing that a rat infestation outside her downtown city hall office led to the illness and bosses retaliated against her when she shared her story with news organizations.

The state court lawsuit seeks $5 million in damages, the Los Angeles Times reports. Greenwood, a deputy in the Los Angeles city attorney’s office, is also a commissioner on the board of administration of the Los Angeles City Employees’ Retirement System. She works in the city’s police litigation unit, according to her website bio. In February, Greenwood said she went public about her plight to protect colleagues who had not been warned about the issue.

Still, few find it hard to believe that Los Angeles’ city hall might have a pest problem, and the building is not alone. Rodents also were spotted at the White House, NBC Washington reported in November, as well as at the Carvel State Office Building in Delaware, the Delaware News Journal reported, and the Texas Health and Human Services Commission building in Austin, Texas, according to the Texas Tribune.

“Sometimes lawyers get accused of being rats, but this is a different problem,” Sid Shapiro, an administrative procedure and regulatory policy law professor at Wake Forest University, told the ABA Journal. “When you have these wonderful-looking historical buildings, which we are still using, because nobody in this day and age can support building a new city hall, they come with problems.”

“They are looking for food, water and shelter, and they can find it in those buildings,” says Jim Fredericks, an entomologist and vice president of technical and regulatory affairs at the National Pest Management Association, a nonprofit organization based in Fairfax, Virginia.

According to him, mice are more common than rats in old buildings, but both can squeeze their way in through very small spaces. If they can’t, he adds, they can chew bigger holes to make way.

When asked whether there’s a trend in more pests at government buildings, or increased budget cuts on janitorial services, Fredericks says he doesn’t know.

“If there’s one place you should not cut costs and skimp, it’s pest control,” he says. “Mice are something that cities are battling across the country, and rats are also an issue.”

Los Angeles’ city hall, where Greenwood works, was built in the 1920s, Los Angeles Magazine reported. Last year, she told the Daily Breeze that rats were a well-known presence at her sixth-floor office, and in October she was bitten by fleas in her office. Typhus is spread by between animals and humans by flea bites, and the same month she says she got a flea bite at work, the Los Angeles County Department of Public Health reported several cases of flea-borne typhus in downtown Los Angeles.