Expect litigation over absentee ballots, and expect delays in the vote count, Common Cause warns 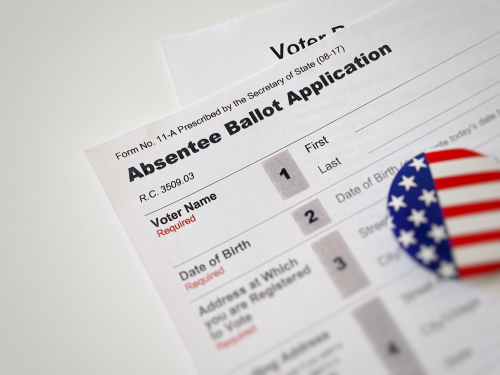 Absentee voting is facing a double wallop as the Nov. 8 midterm elections approach.

Voting in advance of Election Day has been restricted by new state laws that make it more difficult to obtain and cast absentee ballots. And the validity and counting of some of those ballots are likely to be challenged in litigation.

“It will be a while before we have results” as a result of the litigation, said Sylvia Albert, director of voting and elections at Common Cause, a watchdog group based in Washington, D.C., in a webinar Tuesday.

In Pennsylvania, election deniers are already planning to challenge the results if the election doesn’t go their way, according to Khalif Ali, executive director of Common Cause Pennsylvania.

“Pennsylvania is ground zero for the battle over the freedom to vote,” he said.

New laws restrict ballot access by making it harder to vote by mail, imposing new photo ID requirements, and making it more difficult for people without traditional addresses to vote, according to a summary by the Brennan Center for Justice at the New York University School of Law.

More than 30 new voting restrictions have been passed in the states since 2020, according to Reuters, which relied on information from the Brennan Center for Justice and the Voting Rights Lab. Two types of restrictions include:

In Georgia, voters have to include a copy of a government-issued ID with their absentee ballot application. A “live wet signature” is also needed, according to Aunna Dennis, executive director of Common Cause Georgia. An electronic signature won’t be accepted.

• Requirements that make it more difficult for voters to apply for, receive or cast mail-in ballots, enacted in 19 states.

Other voting changes are also causing problems for some voters, whether they are voting by mail or casting ballots at early-voting places, according to Common Cause experts.

In Gwinnett County, Georgia, Common Cause has seen “mass challenges” to voters based on residency, Dennis said. Residency might be challenged for a student with a new address or a person with a different business address.

In Florida, Hurricane Ian is causing confusion for displaced voters. Republican Gov. Ron DeSantis has signed an executive order that allows voters in the three hardest hit counties—Charlotte County, Lee County and Sarasota County—to make written requests for ballots to be sent to a temporary address. But that accommodation has not been extended to voters affected by severe flooding in central Florida, said Amy Keith, program director of Common Cause Florida.

In Lee County, 99 traditional polling places have been closed because of the hurricane. The county is using 12 early voting sites for Election Day voting—and all are located in predominantly white communities, Keith said.

Also causing concern is a new law in Texas that allows partisan poll watchers to have “unfettered access” to polling places, said Anthony Gutierrez, executive director of Common Cause Texas.

Gutierrez said his group has gotten reports that poll watchers are pestering election officials with excessive questions, and that the poll watchers are standing behind check-in tables taking notes, which is intimidating to some voters.

Disinformation online is also creating confusion and creating the possibility that voters will lose their opportunity to participate in the election process, according to Jesse Littlewood, vice president of campaigns at Common Cause.

Some are promoting the false idea that Election Day voting is preferable and should take place as late in the day as possible. Following that advice could create long lines and possibly result in a missed opportunity to vote, Littlewood said.

Common Cause is working with other organizations to assist voters and help help combat disinformation. Voters with questions can call the national hotline at 886-OUR-VOTE.

The ABA Commission on Law and Aging, meanwhile, has posted a 50-state guide to help voters with disabilities who have difficulty with the physical process of voting.