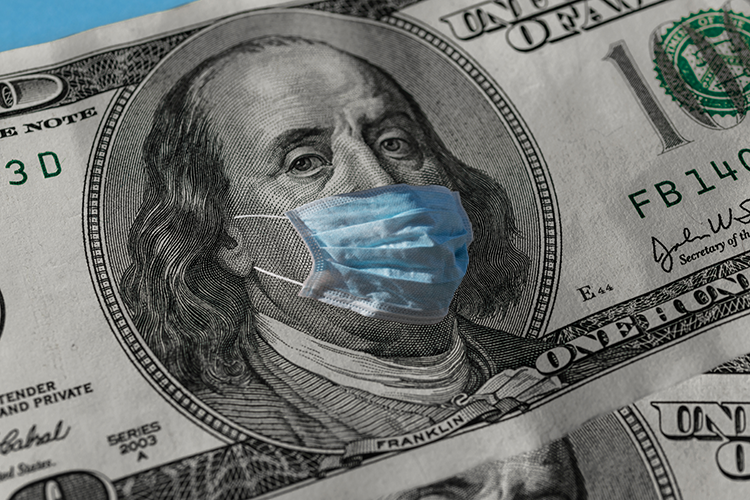 As a business debt lawyer in New York City, Jocelyn Nager has seen an increase in not only the amount of money her clients are owed since the pandemic began, but also the sometimes-ruinous consequences that stem from not being able to collect it.

“They have become debtors themselves in many instances,” says Nager, president of Frank, Frank, Goldstein & Nager. “Suppliers are being hit very, very hard right now.”

As COVID-19 continues to cripple the economy, Nager foresees more dire straits on the horizon.

“There will be a stack of judgments against businesses that are no longer operating, and the creditors will never collect any monies that are owed to them,” she says.

On the other side of the country, consumer debt lawyer Joshua P. Friedman’s creditor clients are enjoying what he describes as a streamlined process, thanks in part to a new online system by the California state courts in Los Angeles County that was planned before the pandemic and unveiled during the summer.

“They’ve actually been processing documents much more quickly and efficiently than they ever had,” Friedman says. 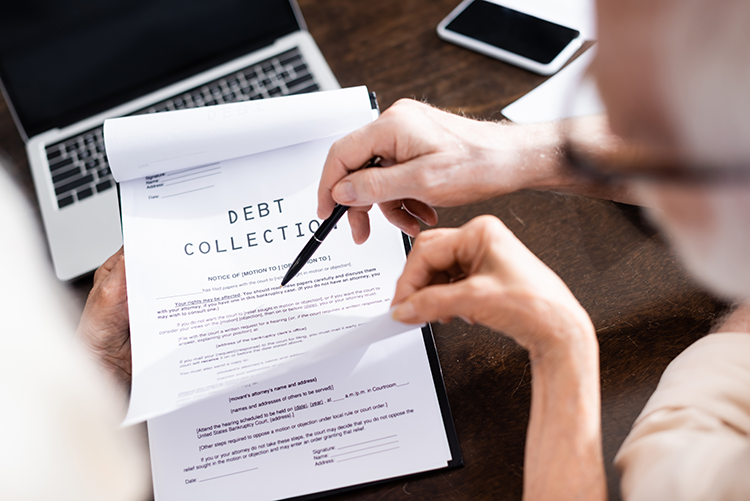 While many Americans remain jobless, some companies have increased their collection efforts on old debt as they grapple with less revenue amid the sluggish economy. But with government offices and courts closed, it’s hard for attorneys to move cases along. On the consumer side, attorney Gregory M. Fitzgerald says telephonic cases have been problematic for some of his clients because of technological glitches and the cost of using the system.

Fitzgerald, a partner at Fitzgerald & Campbell in Santa Ana, California, would “love things to move slower” if it delays judgments or wage garnishments against his clients. The slowing of those actions during the pandemic has “been a blessing to my clients who have no money.”

Aided by technology or hindered by pandemic policy, debt collection efforts in the U.S. vary by jurisdiction. But attorneys say two things are clear: Fewer people and businesses can pay their bills, and the judicial system’s ability to handle collections efforts may not be keeping pace with a surge in filings that has already begun and is only expected to worsen. Student debt and debt related to federally backed mortgages are the only ones covered by national emergency protections, and courts were already struggling to address a long-standing increase in debt claim cases. Pandemic policies have prevented widespread loan defaults, but experts warn they aren’t a long-term solution.

“We’re getting some of the best settlement offers that we’ve maybe ever received,” Fitzgerald says. “Problem is, even if we’re getting better offers, our clients are struggling and don’t have much money.”

Those struggles translate into more debt collection cases, assuming a creditor’s attorney can access a courthouse to file a case. Some debtors might be able to pay the increasingly favorable settlement offers, but attorneys for all types of debtors—from mom-and-pop shops and single household consumers owing tens of thousands of dollars to large companies and suppliers owing millions—are reporting problems.

“I think most consumers are going to be hit with the hard reality once all these protections are lifted,” says Tav Gomez of Morgan & Morgan in Tampa, Florida.

The federal CARES Act halted foreclosures and evictions on federally backed loans as well as payments and interest for federal student loans, and President Joe Biden has extended student loan relief through the end of September and asked for an extension of the federal foreclosure moratorium. But private debt is subject only to state regulations and internal policies from creditors and collectors. Democrats in the U.S. House of Representatives tried to change that last May by approving a moratorium on collections through the HEROES Act pandemic aid package, but the bill never made it out of the Senate. 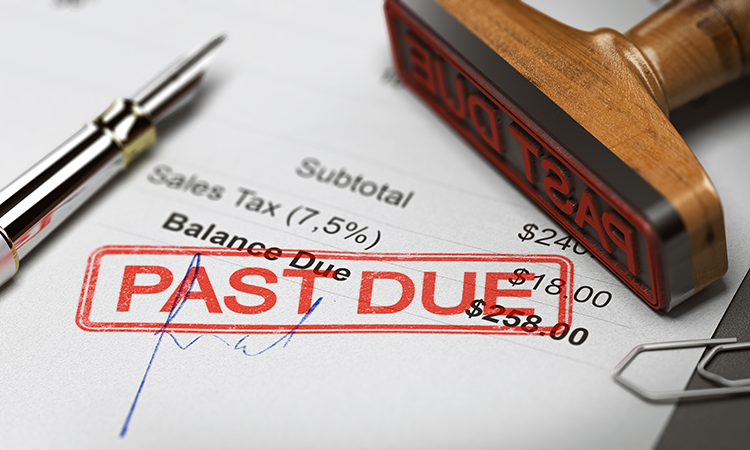 Lenders, from major credit cards to smaller companies, have loosened payment requirements and interest accumulation, and some states such as New York continue to halt all debt collection proceedings on a month-to-month basis.

Other states enacted emergency legislation or executive orders that halted automobile repossessions, and Colorado, for example, has prohibited extraordinary debt collections such as garnishment and levies through June 1. Collectors are now required to notify their debtors of these protections as part of a push for transparency.

“You just don’t have the consumer having representation, but every single time, the creditors have representation,” said Colorado state Sen. Faith Winter in a September panel discussion hosted by the Pew Charitable Trusts and the Aspen Institute.”Sometimes these consumers don’t even know they’re going to court.”

Federal authorities regulate debt collectors under the U.S. Fair Debt Collection Practices Act and through the nine-year-old Consumer Financial Protection Bureau, which in October released a new regulation that allows for debt-collector contact through voicemail, email and text message.

The HEROES Act would have extended the FDCPA to prevent repossession and wage garnishments by creditors as well as from third-party collectors such as debt buyers. But the U.S. Senate’s inaction leaves state regulations as the only active restrictions on the business and consumer debt that’s typically addressed in state courts as breach of contract issues.

State courts were already seeing steady increases in cases well before the pandemic, with the number of debt collection lawsuits doubling nationwide between 1993 and 2013, according to a May 2020 report from Pew. Debt claims were the most common type of civil case in nine of the 12 states where court data is available. The expected continuation of rising cases will only exasperate the overload.

The composition of the debt over the years has generally stayed the same: Mortgage debt has increased each year since 2015, as have auto loan, credit card and student loan debt, which are the largest sources of debt.

Already, the increase in debt collection actions over the years “is really a sea change in the dockets for our states,” said Texas Supreme Court Chief Justice Nathan Hecht, president of the National Conference of Chief Justices, during the Pew panel.

States are trying to adjust, Hecht said, with Texas embracing procedures “very different from a traditional adversarial system” to account for debtors’ lack of representation, as debt collection cases soared 162% in five years in his state—one that “is historically a debtor’s rights state.”

Measures include informing debtors of their rights, explaining debt collection actions and putting increased pressure on debtors to resolve the disagreements privately. The state also is creating a “central notification clearinghouse” for debtors, he said. Many courts across the country are doing the same thing, he adds.

Why some debts dropped

Many consumers who fell behind in their debt in 2020 weren’t necessarily overleveraged, says consumer protection attorney Kevin Fallon McCarthy of McCarthy Law in Scottsdale, Arizona. “They just went from having jobs to not having jobs, so they don’t have any cash to support a payment plan,” McCarthy says. “It feels like 2010 all over again.” 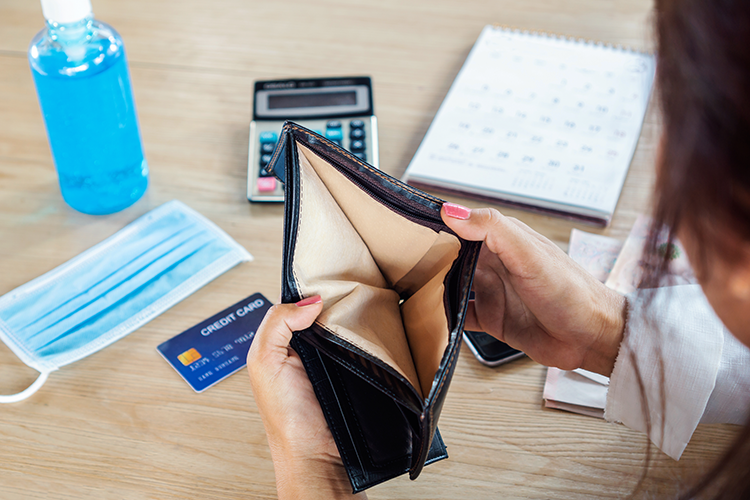 The second quarter of 2020 brought something America hasn’t seen since the Great Recession: Aggregate credit card balances declined. According to the Federal Reserve Bank of New York, this is something typically only seen after holiday spending ceases in the first quarter of a year. But a continued decline in credit card balances (they declined again in the third quarter and modestly increased in the fourth quarter) could be a new symptom of tightened lending and reluctant consumers. The second-quarter balance drop was accompanied by a drop in aggregate credit limits on credit cards, something not seen since the last quarter of 2012.

Unlike in past recessions, many states are restricting debt collection through regulations or limited court services, but these temporary regulatory holds are producing a bubble waiting to pop. According to the New York Fed, aggregate delinquency rates dropped in the second quarter of 2020 because of an increase in forbearances through the CARES Act and voluntarily allowances made by lenders.

The effect of these restrictions is most visible in the mortgage area, where the number of mortgages that moved from early default to current increased, and the number of new defaults dropped, “reflecting an uptake in forbearances,” according to the New York Fed. The number of newly originated mortgages increased, too, as buyers entered a newly defined market, while forbearance saved others from leaving it.

At the same time, the number of new auto loans and amount of credit card limits declined as consumers and lenders tightened their belts. But the New York Fed credits government stimulus programs “and potentially some voluntarily offered forbearance options” with a decline in new delinquencies in those areas.

Along with its protections on federally backed mortgages, the CARES Act and then-President Donald Trump’s executive orders halted student loan payments and accrued interest because of the pandemic. Biden’s extension of mortgage forbearance programs through June 30 and student loan relief through Sept. 30 still leaves debtors and creditors in a bit of a lurch because the debt still exists.

“Most consumers are going to be hit with the hard reality once all these protections are lifted,” Gomez said. “As we all strive for some normalcy, all those benefits are going to go away, but the jobs aren’t back.”