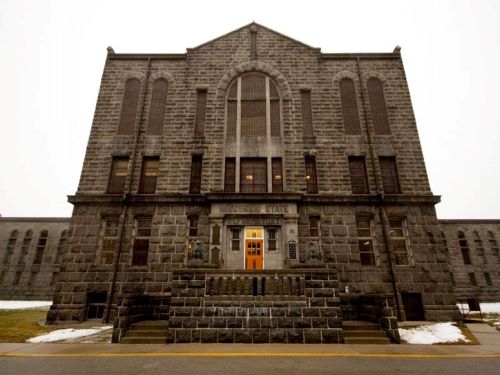 The Green Bay Correctional Institution in Wisconsin. Photo from the State of Wisconsin Department of Corrections.

A federal appeals court ruled Friday for a Muslim inmate in Wisconsin who claimed that his religious rights were violated by strip searches conducted by a transgender prison guard.

The 7th U.S. Circuit Court of Appeals at Chicago ruled Sept. 16 for Rufus West, an inmate at the Green Bay Correctional Institution in Wisconsin. West said strip searches by prison guards who were female at birth conflict with his religious faith, which bars him from exposing his body to a woman other than his wife.

West sued after a prison guard, who is a transgender man, participated in a strip search as the observing officer in 2016. A different male guard conducted the search.

The 7th Circuit ruled that the prison violated West’s rights under the Religious Land Use and Institutionalized Persons Act of 2000 and may have violated his rights to be free of unreasonable searches under the Fourth Amendment.

The appeals court also said exempting West from strip searches involving the transgender guard isn’t an adverse employment action that would violate the guard’s rights under Title VII of the Civil Rights Act of 1964. Nor is there a violation of transgender guard’s rights under the equal protection clause of the 14th Amendment, the 7th Circuit said.

West filed the lawsuit without a lawyer and was denied pro bono aid at the district court level. He was represented by a pro bono counsel on appeal, however.

The federal law known as the RLUIPA bars prisons from substantially burdening an inmate’s exercise of religion unless doing so is the least restrictive means to further a compelling governmental interest.

The 7th Circuit said West was substantially burdened because the prison “has told West in no uncertain terms that he must submit to future strip searches” by the transgender guard or face discipline.

The fact that the guard did not participate in other searches of West after the 2016 search does not change the burden, the appeals court said.

“A substantial burden can exist even if it is uncertain when a prisoner will next be put to the choice of violating his religious beliefs or facing discipline,” the appeals court said.

The 7th Circuit also saw a potential Fourth Amendment violation under a 7th Circuit 2020 decision, Henry v. Hulett, which protects a right to bodily privacy for convicted prisoners, “albeit in a significantly limited way.” The appeals court remanded, so West could develop that claim.

Hat tip to Courthouse News Service and the Milwaukee Journal Sentinel, which had coverage of the decision.