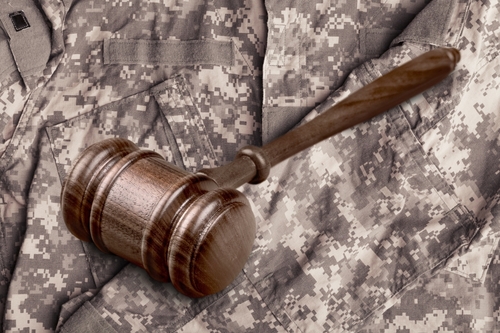 U.S. Supreme Court Justice Clarence Thomas argued Monday that the Supreme Court should have decided an appeal filed by the widow of a service member who died from leukemia after his alleged exposure to toxins and contaminated water at Camp LeJeune.

In a dissent from cert denial, Thomas argued that the high court should have accepted the case, Clendening v. United States, to overrule the Feres doctrine, which was adopted by the Supreme Court in the 1950 case Feres v. United States.

The Feres doctrine bars service members from suing the United States for any injury “incident to military service.” Lower courts had ruled that the widow, Carol Clendening, couldn’t file a tort lawsuit against the United States because of the doctrine.

Thomas said the Federal Tort Claims Act waives the United States’ sovereign immunity from suits. The only exception under the law is for military claims “arising out of … combatant activities … during time of war.”

“Yet in Feres,” Thomas said, “this court invented an atextual, policy-based carveout that prevents servicemen from taking advantage of the FTCA’s sweeping waiver of sovereign immunity.”

Lower court decisions applying the Feres doctrine “are marked by incoherence,” Thomas said. As an example, Thomas said courts banned suits over contaminated drinking water at Camp LeJeune and a West Point cadet’s rape by a fellow cadet. But a federal appeals court allowed a suit filed for a service member’s exposure to excessive carbon monoxide at Fort Benning.

“It would be one thing if Congress itself were responsible for this incoherence,” Thomas wrote. “But Congress set out a comprehensive scheme waiving sovereign immunity that we have disregarded in the military context for nearly 75 years. Because we caused this chaos, it is our job to fix it.”

A separate law, the PACT Act, allows service members and their families to seek compensation for injuries that they suffered as a result of drinking contaminated water at Camp LeJeune between 1953 and 1987, Reuters reports. President Joe Biden signed the PACT Act into law Aug. 10.

Hat tip to Law360 and SCOTUSblog, which covered Thomas’ dissent.