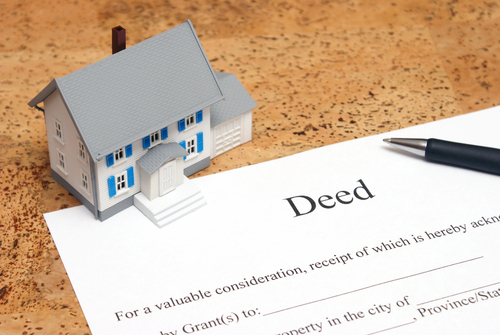 The Washington Supreme Court has said a new state law strikes a balance between removing racial covenants from a home’s title while keeping them part of the public record.

The state supreme court said in a March 31 opinion the new law applies to the case of homeowner Alex May, who sought to remove a racially restrictive covenant on his deed and eliminate the restriction from the public record. The law was enacted after an appeals court ruled in May’s case that a court order striking the covenant should be included in the property record, but there is no need to alter existing records.

The old document is then maintained separately by the county.

Washington is one of the first states to adopt a statute requiring this process, according to Vicky Dalton, the Spokane County, Washington, auditor, who spoke with the Spokesman-Review.

“This is really exciting because this is the case that’s going to help us test all those steps out,” Dalton said.

The restrictive covenant on May’s deed said: “No race or nationality other than the white race shall use or occupy any building on any lot, except that this covenant shall not prevent occupancy by domestic servants of a different race or nationality employed by an owner or tenant.”

“The amendments provide a remedy that strikes the balance between keeping a historical record of racism in covenants while also allowing homeowners to remove the repugnant covenants from their chains of title,” the Washington Supreme Court said.

“Removing all trace of these discriminatory covenants would not effectuate the legislature’s intent to eradicate discrimination. It would destroy only the physical evidence that this discrimination ever existed. It would be all too easy for future generations to look back at these property records with no physical evidence of the discriminatory covenants and conclude that the covenants never existed at all. … We must ensure that future generations have access to these documents because, although the covenants are morally repugnant, they are part of a documented history of disenfranchisement of a people. It is our history,” the state supreme court said.

The case is May v. Spokane County.

Hat tip to How Appealing, which linked to the opinion and noted the Spokesman-Review coverage.