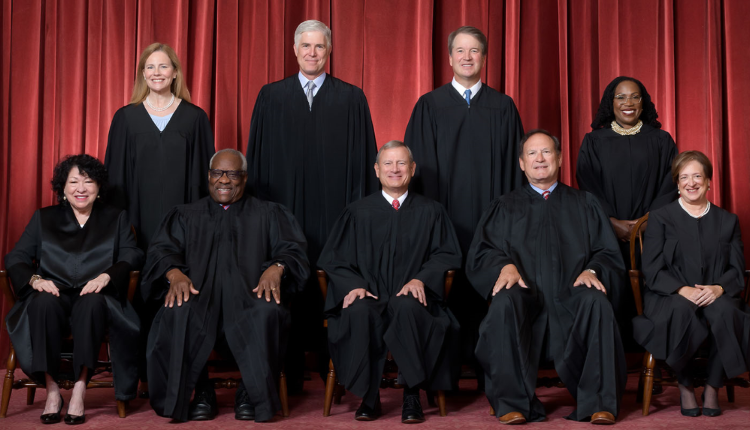 The U.S. Supreme Court can’t identify who leaked Justice Samuel Alito’s draft opinion overturning the right to abortion to Politico in May 2022, according to a report released Thursday.

The marshal of the Supreme Court, Gail A. Curley, and her staff interviewed almost 100 employees and analyzed forensic evidence, but the team was unable to identify the leaker “by a preponderance of the evidence,” the high court said in a statement concerning the investigation.

The investigation focused on law clerks and employees who had or may have had access to the opinion, Curley said in a report accompanying the Supreme Court’s statement.

All the 97 interviewed employees denied disclosing the opinion, although a few said they told their spouses or partners about the draft opinion or the vote count. It is unlikely that the leak was due to a hack of the Supreme Court’s information technology systems, although it can’t absolutely be ruled out, Curley said in her findings. Nor is there any indication that an employee with “with elevated IT access privileges” accessed the opinion.

The draft majority opinion in Dobbs v. Jackson Women’s Health Organization, a challenge to Mississippi’s ban on most abortions after 15 weeks of pregnancy, was sent to a distribution list of law clerks and permanent employees who work on opinions Feb. 10. There were 70 active users on the list. Eight more permanent employees received the opinion via email March 22. Two other permanent employees accessed the draft opinion electronically by a different means.

In addition, the draft opinion was distributed via hard copy to chambers, providing access to two more chambers personnel who were not on the distribution list.

Investigators weren’t able to determine whether the opinion was “downloaded to removable media, but it is impossible to rule out,” Curley said in the findings. Investigators also collected court-issued laptops and mobile devices, but so far, they have “found no relevant information.”

Investigators carefully evaluated the conduct of people “who displayed attributes associated with insider-threat behavior,” such as a disgruntled attitude, a violation of confidentiality rules and anger at the Supreme Court’s decision. They evaluated whether personnel may have had a reason to leak the opinion for strategic reasons. They looked into connections between employees and reporters. They engaged an expert to analyze fingerprints on “an item relevant to the investigation,” but there were no matches to any fingerprints of interest.

Investigators also accessed an internal memory chip in a printer issued to an employee at home, but they were not able to retrieve logs.

The Supreme Court asked former Secretary of Homeland Security Michael Chertoff, also a former appeals judge, to assess the marshal’s investigation. Chertoff concluded that the investigation was thorough and said he can’t identify additional investigative measures that should be taken.

Chertoff recommended that these steps be taken to reduce the risk of future leaks:

• Restrict the distribution of sensitive documents by hard copy and email.

• Use information-rights management tools to better control how sensitive documents are used, edited and shared.

• Limit the access of sensitive information on outside mobile devices.

Curley’s recommendations were similar to Chertoff’s. She also recommended adoption of a “universal written policy or guidance” for handling opinions and sensitive documents and passage of a bill that would expressly prohibit the disclosure of nonpublic Supreme Court case information.

Other laws could apply to the leak, Curley said. They include laws pertaining to conspiracy, the Supreme Court’s contempt power, the disposition of records, unauthorized computer access, obstruction, disclosure of confidential information and removal of judicial records.

The Washington Post, CNN and the New York Times are among the publications with coverage of the report.

The New York Times pointed out that the report “did not say whether investigators also interviewed and scrutinized the devices of the justices themselves—or their spouses.”