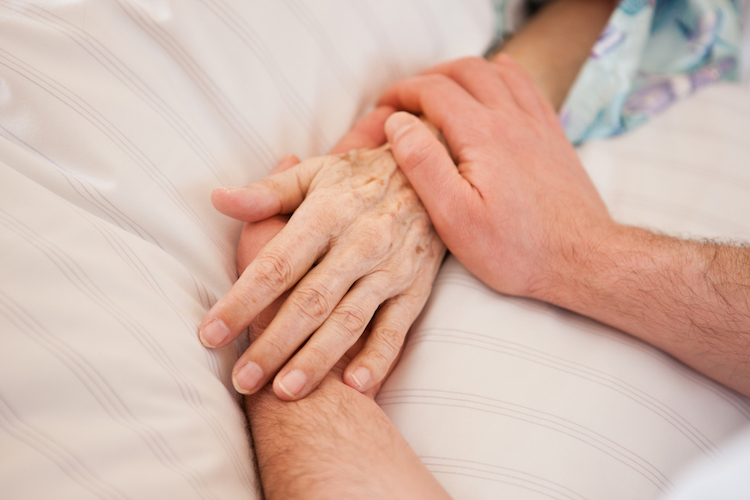 In the autumn of 2014, Brittany Maynard was dying from brain cancer at age 28. Her final weeks were filled with pain, the inability to sleep and frequent seizures, says her husband, Dan Diaz.

Maynard’s final weeks also included the discussion as to when she would take a lethal prescription that would push her into a deep sleep—and then end her life. Maynard had received the prescription legally in Oregon, which allows terminal patients to seek a life-ending prescription from a medical doctor, Diaz says.

About 21% of Americans now live in a state that allows medical aid in dying. Eight states and the District of Columbia have death with dignity laws, also called medical aid in dying laws. These states include California, Colorado, Hawaii, Maine, New Jersey, Oregon, Vermont and Washington, according to Compassion & Choices, an advocacy group.

Although these states allow medical aid in dying, the state laws have specific restrictions about when and how a patient can take the prescription. Advocates for medical aid in dying laws are pushing to ease criteria, so that more patients have access and more providers can offer support.

There are barriers to access, such as a waiting period between formal requests. In some states, patients must wait 15 days between each request and repeat the process with multiple physicians. Advocates argue that not all terminal patients can survive the waiting period.

Another access issue relates to how the medication must be consumed. All states that permit medical aid in dying require the patient to self-ingest the medication and be mentally competent at the time the prescription is taken. That means patients have to make decisions as to when they will take the prescription, so they can remain within the perimeters of the law.

For example, a patient with Lou Gehrig’s disease, or amyotrophic lateral sclerosis, could eventually lose the ability to swallow. The patient would have to discuss their progression with their physician or hospice nurse. But, some religious organizations forbid their employees from having end-of-life discussions or from being present when the prescription is consumed.

For Maynard, she worried an incapacitating stroke would render her unable to self-ingest the medication. In her final weeks, Maynard experienced violent seizures on a daily basis, Diaz says.

“It comes to the point, are you living in those days? Or only suffering through them?” Diaz asks.

“That was when Brittany said, ‘This is my time. I’ve lived a good life.’ Her fear was that what would come next for her was a stroke. She could lose her ability to communicate altogether. Lose her ability to swallow. She said, ‘There is no way I will die like that, trapped in my own body.’” 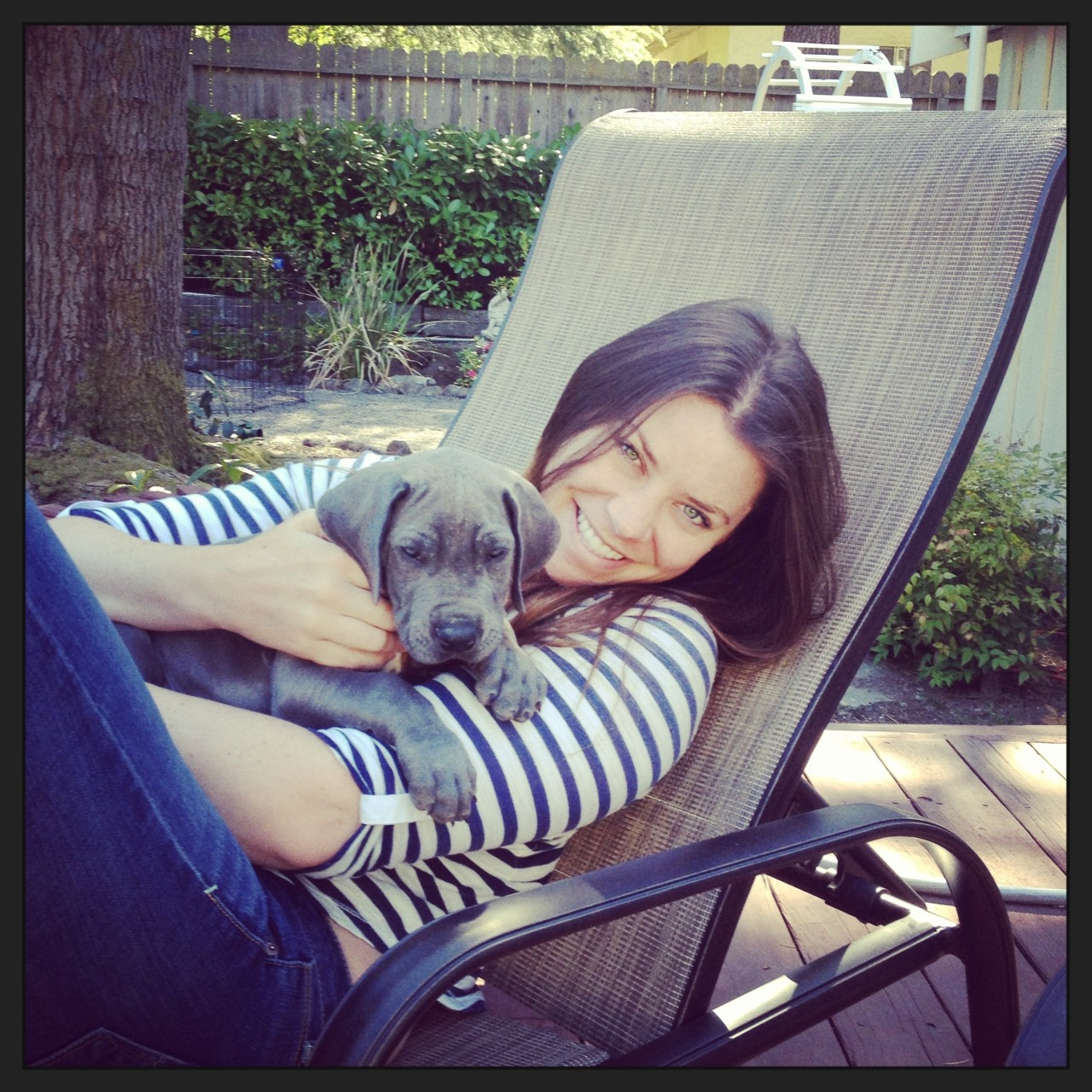 Brittany Maynard and her dog.

The right to die

When Maynard was first diagnosed, she was living in California. The state had not yet passed the End of Life Option Act, and Maynard wanted the option.

“We had to pack up half our house in a U-Haul, say goodbye to family and friends and drive up to Oregon,” Diaz says.

In Oregon, Maynard and Diaz rented a house and found a medical care team associated with a university hospital. Maynard obtained residency and entered clinical trials. As her disease progressed, Maynard also obtained the lethal prescription and planned to take it before she lost her ability to swallow or communicate.

“Those roles are spelled specifically. [Physicians] must assess the prognosis, diagnosis, patient’s state of mind, mental capacity, they must advise the patient of all options of end-of-life care,” says Barbara Coombs Lee, an attorney and former nurse in Portland who helped draft the Oregon law.

Euthanasia, which is illegal in the United States, involves when “someone other than the patient administers medication in any form with the intention of hastening the patient’s death,” according to the American Nursing Association. For example, Vermont’s Patient Choice at the End of Life Act states that the law “shall not be construed for any purpose to constitute suicide, assisted suicide, mercy killing, or homicide.”

The state laws additionally require the patient to receive the prescription from a medical doctor who is licensed to diagnose and treat the underlying condition. The doctor must be the same physician overseeing the patient’s care.

“You can’t go to ophthalmologist or dermatologist for your lung cancer,” Lee says.

Once the prescription is obtained, the patient stores it at home and may choose when to take it. Diaz says his wife was prescribed secobarbital. The powder comes in about 100 capsules that the patient must open and mix into water. He says the process takes about 40 minutes.

Some laws permit others to help the patient open and mix the powder. In Vermont, for example, the law permits assistance with preparation if the patient is not considered “exposed to grave harm,” which means that witnesses to the death have no liability.

The right to support

Advocates argue the laws protect the professional’s right of refusal, but not their right to support. Lee says that when she and others wrote the Oregon bill, they intentionally protected medical care providers’ right of refusal.

At the time, she says, they did not realize that religious-based hospitals and hospices would forbid employees from having end-of-life discussions, writing the prescription or supporting the patient in their final moments. Most patients who use medical aid in dying are in at-home hospice care, and many have the same nurse who visits each day. Hospices can block nurses from being with their patient when the prescription is ingested, which can be upsetting for the patient, their families and the nurses.

“We never intended that an institution could hold patients hostage to its doctrinal rules and beliefs,” Lee says. “Doctors should be allowed to serve their patient’s requests off premises and off the clock of a refusing facility.”

The American Medical Association officially opposes medical aid in dying. But in 2019, the American Nurses Association changed its position statement to address growing conflicts between nurses and their employers. Whereas the 2013 statement had prohibited nurses from participating in medical aid in dying, the new statement called for nurses to be knowledgeable and objective, and for hospices and hospitals to clarify how a nurse can proceed if asked to support a patient.

“The change in the position statement happened because we were receiving inquiries … from nurses, hospital leaders, and wondered, what does it mean to participate? One of the main issues is, can the nurse even be in the room?” says Liz Stokes, the director of the American Nurses Association Center for Ethics and Human Rights.

Religious organizations typically forbid nurses from being in the patient’s home when the prescription is taken. Other organizations have vague rules that imply the nurse should step away from the room while the patient swallows the prescription but can return to support the family. Stokes says the ANA wants greater clarification so that nurses who want to support their patients understand their employer’s perimeters.

The presence of a nurse during the process can be both comforting and helpful to the patient and their families. Stokes says that patients often experience nausea, and a nurse is permitted to administer anti-nausea medications. Nurses can also help explain the process as the patient drifts into a sleep, and then slowly stops breathing.

For Maynard, her palliative care team was not with her when she took her prescription. Diaz says one of their friends who was present was a physician, which was a “great source of comfort.”

The right to refuse

Although nurses and physicians have legal protections to refuse discussing or participating in medical aid in dying, some opponents want to go a step further and seek to overturn state laws. In New Jersey, physician Yosef Glassman sued the state’s attorney general to stop a new law, which he described as a violation of his religious tenets.

As a geriatrician, Glassman is a general practitioner for the older population. Not a specialist, he is not legally allowed to write a lethal prescription. If one of his patients, however, is dying from a terminal illness such as cancer, the oncologist might ask Glassman to transfer the patient’s file.

It is the act of sharing the file that Glassman opposes. Glassman sued the state to prevent even the possibility of his secondary involvement in medical Aid in dying in advance of the law going into effect.

In the filed complaint, his attorney, E. David Smith, argued the responsibility of sharing a file goes against Glassman’s First Amendment right to practice his religion, Orthodox Judaism, that holds “all human life is sacred and must not be taken.”

“My client feels very strongly that no doctor has a right to determine that is a life no longer [worth] living,” says Smith.

Glassman initially succeeded in stopping the state law before it took effect. In August 2019, a judge issued a temporary restraining order that halted medical aid in dying in New Jersey. Within two weeks, however, an appellate court reversed the decision and stated Glassman’s suit did not meet required standards. Glassman plans to appeal until all options are exhausted.

“You’ll see it become the norm, not the exception,” says Pope, who is a professor of law at the Mitchell Hamline School of Law in Saint Paul and the Director of the Health Law Institute.

Barriers to access—such as the waiting period between requests—are likely to be relaxed, Pope says. States are also likely to increase the life expectancy minimum from six to 12 months.

Advocates such as Diaz are eager to see the expansion. He feels his wife passed peacefully and was spared from an imminent and painful death.

“She saved herself from an enormous amount of tragic suffering in front of her,” Diaz says.

Emilie Le Beau Lucchesi is the author of Ugly Prey: An Innocent Woman and the Death Sentence that Scandalized Jazz Age Chicago and This Is Really War: The Incredible True Story of a Navy Nurse POW in the Occupied Philippines. She has a PhD in communication from the University of Illinois at Chicago and studies health communication, medical history and stigma communication.

Previous:
The Zoom boom: How videoconferencing tools are changing the legal profession

Next:
Lawyer certified as emergency medical technician calls on his experience during COVID-19 crisis