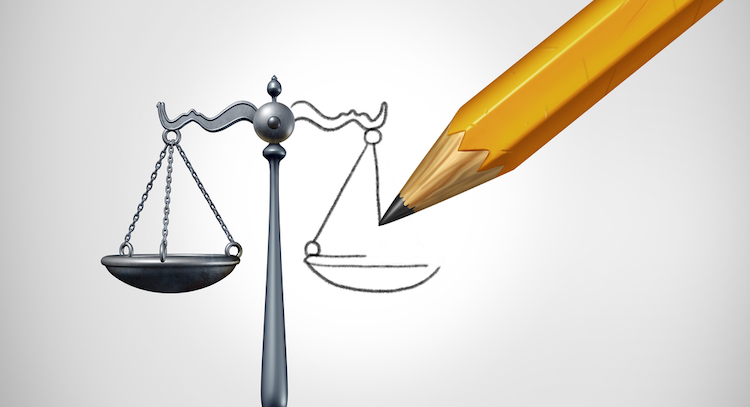 In July’s Brnovich v. Democratic National Committee decision, the Supreme Court upheld a measure that imposed restrictions on voting rights in Arizona, a battleground state in general elections. The ruling has significant implications for racial, ethnic and religious minority communities and the nation more broadly.

In Brnovich, with the high court’s three liberal justices in dissent, the court’s six conservative justices granted states permission to impose such voting restrictions. The ruling communicated likely hostility to future legal challenges to voter suppression measures. In Brnovich’s aftermath, progressive Democrats renewed demands for structural judicial reforms, including expanding the number of justices to alter the court’s ideological composition—also known as “court-packing.” While often overlooked, the partisan effects of the court’s conservative majority should be considered in public debates regarding judicial reform.

The ideological composition of the conservative-majority Supreme Court, paired with the expectation that each of the conservative justices will favor outcomes aligned with Republican Party affiliation, culminated in a surge of judicial reform proposals, from personnel changes to changes to the court’s power.

Significantly, a growing segment of the general population views the United States Supreme Court as a political rather than legal institution. According to 2019 Quinnipiac University National Poll, a majority of Americans believed that the high court’s rulings were “mainly based on politics” rather than legal jurisprudence, and that it should be “restructured to reduce the influence of politics.”

Indeed, according to Boston University law professor Nicole Huberfeld, the public worries that the court is a “political actor.”

Some observers attribute this sentiment to a steady stream of ideological rulings since 2005 when Chief Justice John G. Roberts Jr. joined the court. These rulings were decided by 5-4 or 5-3 votes along liberal versus conservative political values: whereas conservative justices favored the Republican Party’s preferred outcome, the liberal justices favored those most closely associated with the Democrats.

Interestingly, political scientists have found that political ideology is the most credible predictor of judicial behavior regarding the Supreme Court. Since Republican political interests have prevailed in areas like voting rights, partisan gerrymandering and union power, Democrats have demanded structural judicial reforms, including the expansion of court personnel.

Among the most debated of proposals, suggested by academics at elite law schools such as Harvard and Cornell, is “court-packing”—adding justices to alter the court’s ideological makeup. While the idea may be provocative, the potential political effects of the threat should not be discounted.

For historical perspective, court-packing was famously proposed by President Franklin D. Roosevelt in 1937 and proved a successful political strategy.

Amid the Great Depression, FDR introduced the New Deal, a series of programs to stabilize the economy and offer new jobs to Americans. To justify regulating the economy nationally, FDR relied on the Constitution’s Commerce Clause. However, in 5-4 rulings, the conservatives on the Supreme Court struck down several of FDR’s programs as unconstitutional overreach.

In response, a frustrated FDR threatened to “pack the court”—essentially expanding the number of justices to 15 and ending lifetime tenure. This would have ensured a liberal majority that would interpret the Commerce Clause expansively to allow for FDR’s New Deal. Ultimately, without the enactment of his judicial reform bill, the court began upholding the very type of cases it previously struck down—and this persisted for half a century.

Today, threats of personnel changes and other structural reforms to the court (including ending lifetime tenure) carry significant implications for historically marginalized groups.

While structural judicial reforms are not new, they carry significant implications for members of racially and ethnically disadvantaged groups whose constitutional rights are directly affected.

According to Pew, while 78% of Democrats and Democrat-leaning independents maintain that greater attention to the history of racism is good for society, only 25% of Republicans and Republican leaners hold that opinion. Similarly, while 74% of Democrats believe that a lot more needs to be done to ensure equal rights for Americans of all racial and ethnic backgrounds, only 22% of Republicans think so. And, while 40% of Democrats think that most of the nation’s laws and major institutions need to be completely rebuilt because they are fundamentally biased, only 7% of Republicans hold that view.

Indeed, party affiliation may yield relevant insights into a justice’s viewpoints on racial and ethnic justice issues. Arguably, the court’s recent 6-3 ruling in Brnovich is representative. But, so too are rulings in American Indian law cases.

In recent years, Native American law experts have observed increased hostility by the Supreme Court. As of July 2020, the court is among the most divisive on Native American law cases since 1953, with five of least supportive justices in history (Roberts and Justices Clarence Thomas, Samuel A. Alito and Kavanaugh) on the bench. Academics have opined conservative justices are increasingly less likely to advance tribal interests.

Several of the court’s rulings on immigration policy, such as the prohibition on immigration from Muslim-majority and African countries, also appeared partisan.

After his ascension to the Oval Office, and against the backdrop noted above, President Biden created a federal commission to study judicial reforms. As academics, practitioners and policy makers debate the subject, the racial and ethnic justice component remains significant.

Engy Abdelkader is a council member of the ABA Section of Civil Rights and Social Justice and chairwoman of the section’s Rights of Immigrants Committee. She also is a fellow of the American Bar Foundation. She teaches at the Mitchell Hamline School of Law and Rutgers University.