Craig Ball likes to say he got into law to stay out of prison.

The Austin, Texas-based attorney, professor and electronic evidence expert has always been passionate about technology—somewhat too passionate at times. When he was a teenager, he created a device that allowed him and his friends to make long-distance calls for free. He got in trouble with the law. But luckily for him, the prosecutor and judge didn’t think his crime was all that serious.

“The lawyer who helped me out hired me as a law clerk, and that put me on the path to becoming a lawyer,” says Ball, who earned his JD from the University of Texas School of Law in 1982, after which he opened his own law firm.

The advent of the personal computer and the internet reignited Ball’s interest in technology. He became fascinated with computer forensics and the nascent field of electronic discovery—areas that still flummox many lawyers and judges today. These lawyers and judges started to ask for Ball’s help to explain the technology to them. Pretty soon he was testifying as an expert or being appointed as a neutral special master on cases throughout the United States.

“I spend more time in court now than I did as trial lawyer,” says Ball, who also maintains an e-discovery blog, Ball in Your Court. He was an expert witness in the Enron, Bernie Madoff and Tyco cases, and a neutral, court-appointed special master in In re Seroquel Products Liability Litigation in Florida and In re CityCenter Construction Litigation in Nevada.

Ball probably won’t be hurting for work in the near future. For one thing, the amount of electronic data will only continue to grow. “We need to change the way we think about evidence,” Ball says. “Right now, we define everything as a document. We need to start realizing that we should be thinking in terms of data. It’s no longer something that can be reduced to a piece of pressed, dried wood pulp.”

There also aren’t many others who can do his job. “Lawyers are very adept at persuading themselves that they don’t need to learn about technology,” Ball says. “They didn’t learn it in law school; they’ve never had to use it in their practice, so what’s the big deal? It’s the grand self-delusion.”

Ball argues it’s not only important to learn about technology but also easy. “It’s no harder to learn foundational tech skills than it is to learn to drive,” Ball says. “It’s a skill that serves you every day of your life.”

It’s also a skill that will allow lawyers to thrive as machines continue to encroach on their territory. Ball says robotics, artificial intelligence, advanced analytics and automation won’t completely replace human lawyers. But they will take some of their jobs.

“That’s a good thing,” Ball says. “It’s like how we don’t build cars by hand anymore.”

But if you know how to program, maintain, design or build the robots that will be doing the “mind-numbing work that’s largely been delegated to young associates,” Ball explains, you’ll have a great career ahead.

“They haven’t invented a hammer that can replace a carpenter,” he says. “But they have invented something to replace the hammer.” 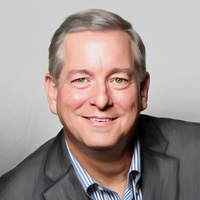