When the spread of the novel coronavirus last spring prompted traditional law firms across the country to shutter their physical offices amid much economic uncertainty, the management team at cloud-based law firm FisherBroyles had very different concerns on its radar. The team wanted to make sure that the firm was ready to quickly ramp up hiring.

Kevin E. Broyles, the firm’s co-founder and managing partner, says expanding was top of mind because his firm thought many BigLaw partners would discover during the COVID-19 pandemic that they could be just as productive, if not more, working remotely.

He and co-founder James M. Fisher II expected that this knowledge would generate more appeal among lawyers at Am Law 200 firms in moving to cloud-based firms, particularly one like FisherBroyles, which already had 18 years of experience operating in a remote fashion.

FisherBroyles’ prediction proved prescient, as a steady stream of interest from recruits resulted in the firm hiring 49 new partners across the United States and the United Kingdom in 2020. The firm brought in partners from well-known Am Law firms, such as Milbank; Holland & Knight; and Wilson Sonsini Goodrich & Rosati.

“Because of the credibility that our model had within the COVID environment, it made it easier for us to attract candidates than ever before,” Broyles says.

The hiring has continued in 2021, with Broyles reporting that the firm had 290 attorneys as of March 1, up from 233 attorneys prior to the pandemic.

Broyles says FisherBroyles’ approach to compensation and the autonomy that it provides lawyers has also played a key role in attracting new talent.

For example, partners retain 80% of the fees from clients they generate and handle the work for, with the remaining 20% going to the firm. Most equity partners at traditional firms receive compensation between 25% to 35% of the book of business they bring to the firm, according to Broyles.

Additionally, FisherBroyles’ partners are given the freedom to set their rates and the rate structures that they use.

“You make a lot more money when you come work for us than you do at a traditional firm,” Broyles says.

The firm has also been steadily increasing its revenue—a trend that continued last year.

Broyles says the firm generated $113 million in gross revenue in 2020, a roughly 15% increase from the $98.2 million that it brought in the year prior.

This revenue growth has positioned FisherBroyles to potentially break into the Am Law 200 rankings released later this year, according to Broyles. He says entering the rankings would be another development that makes it easier for the firm to attract BigLaw partners.

“Becoming a member of the Am Law 200 is going to be probably the last credibility feather in our cap,” Broyles says.

Despite FisherBroyles’ success, its co-founders don’t foresee many other large firms trying to mimic its cloud-based approach for the long term.

Broyles says reports indicate that many BigLaw firms have performed well amid the COVID-19 pandemic, which makes it less likely that they would pursue overhauls to their overall structure.

“I find it hard to believe that large traditional firms who are still making the money the old way are going to be incentivized to make very many changes,” he says. 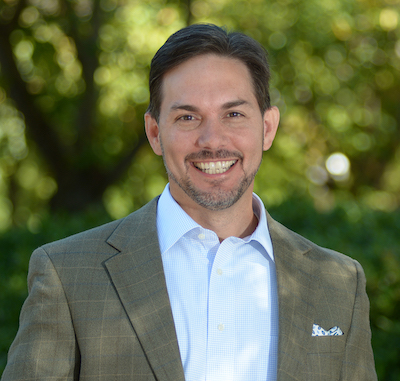 Kevin E. Broyles is a co-founder and managing partner of FisherBroyles, a cloud-based law firm launched in 2002. The firm has grown to nearly 300 lawyers in more than 20 locations. Broyles frequently writes and speaks on topics of law firm disruption, alternative legal services models, inclusion and diversity, technology innovations in law, and law firm management.